Tuesday - Notes on a Brief Community 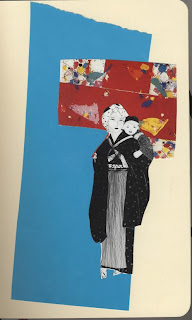 Today Jim and I were back at the Chemo Lab. Sun streamed in through the window-wall brightening the world. But the real light came through the people - the bantering back and forth between the members of today's impromptu community.

Two patients - a middle aged man and a young woman discovered they came from the same place far away, probably the same neighborhood. It was fun to listen to them walking the streets in their home-town by checking small reference points of a familiar landscape.

When I noticed a heavy gold ring on the right hand little finger of the large man sitting next to me I asked, "could that be a Super Bowl ring." He nodded, took it off his finger and held it out for me to have a closer look at the worn gold ring with two diamonds, dates, his jersey number and team name. It was heavy - it must be a daily reminder of golden days with team-mates. Within minutes the ring passed from hand to hand in the Lab. Women ah-h-h over it; men weighed it in their hand and smiled at him admiringly before passing it along - grateful for his sharing. One woman laughed, "never thought I would hold one of those."

It reminded me of the afternoon I was on a Shuttle Flight from Washington to New York. A man sitting across the aisle noticed that his seat companion was wearing a Super Bowl Ring. The same thing happened. The ring went hand to hand within three sets of seats near the owner - even across the aisle. I remember the feel of it in my hand. When I told the large man about that other day, he laughed, "well that was safe enough - the plane was closed up."

A white haired business man came in carrying his papers and cell phone. Rightfully he pre-empted me from a corner chair because the room was full. Once settled, ignoring the presence of everyone else, he continued his business-meeting-by-cell-phone in a loud voice that took over the room. Within minutes the easy friendliness was replaced by palpable tension and irritation. He did not notice. The nurse - a real take-charge lady - told him to cool it "you talk too loud."

Women talked about raising children; our mothers; our birth order and how it explains a lot. Three of us were oldest children, one an only child and one a youngest. Across generations and circumstances we touched the sameness in our lives and connected. This room is a level playing field where strangers are bound by the human condition.

One lesson I have learned since Jim began his chemotherapy is that Business-as-usual is an intruder in the Chemo Lab.

ELLOUISESTORY said...
This comment has been removed by the author.
9:08 PM

HI -- this will long remain one of my favorite posts of yours. The super bowl ring. The shared comraderie. And the intrusion of business-as-usual when everyone is there fighting for something much more important. There's a story -- and a reminder -- for all of us.

Thanks for posting the story.

Simple human generosity and sharing, along with our curiosity, seems to be the message of your post, Ellouise--living together, caring and being interested in each other.