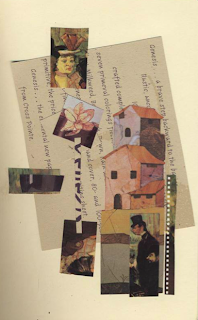 Today I received a missive from a small email group of 1954 High School Classmates.  The person who starts a new threads leads off with personal information and ends with, "what's going on with you?"
I am using an adapted version of my response as this Post because it touches base with some things I wanted to write about.

Around here Jim was the one who really enjoyed the daily Washington Post and carried the stacks of it out. I subscribe to the WASH Post, NYT, and others on the internet - which is a lot easier when the news is too much to bear - click its gone - and certainly too heavy to carry to the street.

W, I love blogs - so when I read your references to Sharon Randall I followed you to her blog - where she talked of "being alone with  five sets of dishes and no one to feed."  I do like her. Thanks for the lead.

You say you are also over-whelmed by dusty dishes. That's a familiar feeling for me too.  Its now five years since Jim died and I am considerig taking dishes and lots more to the street as part of a mammoth neighborhood yard sale April 29. I must be serious about doing it because I remember the date on the flyer that was stuck in my front door.

My show about the WWI nurses has caught on. Librarians across Maryland have waked up to the fact that this is 2017 - the 100th Centennial of the US entering WWI - and realizing they do not have a program about it, particularly not one about women.They are passing the word that there is an old woman in Chevy Chase who has such a story. They call me. After living in MD for 53 years, this year  I am traveling the State to places I never heard of .

Last week someone called from a Victorian seaside town three states away and we agreed on a date in November. Ah - the Fringe last July was worth it - so much so that I have entered the Fringe again for this year too. I hope I am not being overly optimistic!!!

To  further delay cleaning the basement, attic and closets I am back to meeting with artists at American University every week to discuss our artwork. Its great being with folks I have known since graduate school at AU in the 1970s and talking art-speak. The complicating time factor is the expectation that each of us is making new art to talk about - - to heck with basement, attic and closets - - - they will have to wait.

Yesterday a friend of mine died in California. Not a surprise. I had been following a blog written by her daughter. I was following because the family does not know me. No-one would have me on their "list to call."

Eleanor and I met in the 1970s when we were both whole-hearted activists for equal rights for women in the arts. She was an amazing woman - a creative, marvelous and well-known artist and teacher coast to coast, a caring friend, a determined activist for fairness  - a regular TN steel magnolia and a unique and brilliant eccentric. Although I haven't seen her in several dozen years, I weep at her leaving.

She was an important member of the cast of people who have been a part in my life - there were times when she was an unforgettable "lead player"- - - a role she will hold with me forever.

That's how it is for all of us isn't it?

So that's what's particularly happening with me these days - its probably better not to launch into what's happening in the world right now! YIKES!!!!

Lovely to be in touch with all of you.

Going Back to West Wing 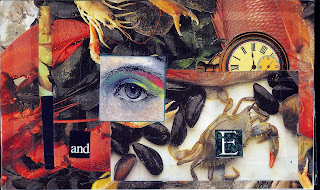 I haven't written for a few weeks because I've been caught up with all the politics.  Since November 8 I fluctuate  from furious to depressed.

How could this happen in our country?

Watching the hearings for the Cabinet nominee was unbelievable - - - not just with the individuals who were nominated - but for the frustration of realizing that what I am seeing is that the Republicans now have the power....
but more than that - -
that they pass bills in the dark and we wake up to find out what they have done.

As I listen I find myself feeling sorry for those who voted for #45 - especially if they really expected him to come through with all the good things he was going to do for the people who hopefully voted for him.

Wonder how they are feeling? Are they happy with what they have done?

How are they feeling as the Russian issue is more and more revealed and Congress sits on it's hands not investigating the situation.

I feel like screaming. I am not happy and do not expect to be.

How are you doing?

Just one more thing - I am worried - about what the future of health care will mean for me - an 80 year old person. I watched a man at one of the "town halls" calling out about his concerns about his health care- will he be able to have his medicines, what about his medical care, will he die from his illness.

I listen to Robert Reisch and I resist. I contact my legislators - - and when I do I feel fortunate - they are good guys. I live in a blue state. I know they support the things I care about - health care, education, the arts and on and on.

But - - -they are Democrats - they are limited as to what they can accomplish - -stonewalled.

This  is what I am doing to protect my mental health --- art work, working on my stories - - writing about brave women who served in France during World War 1 - meditating - - and praying.

Oh, yes, when I need a dose of politics -