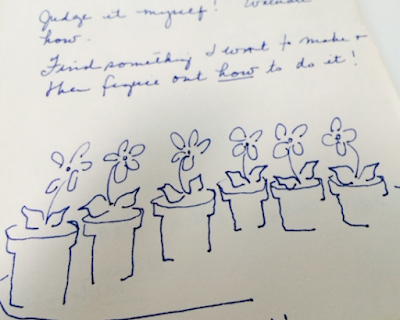 Lots of luck with that!
Posted by ELLOUISESTORY No comments:

A Bit of Elephant 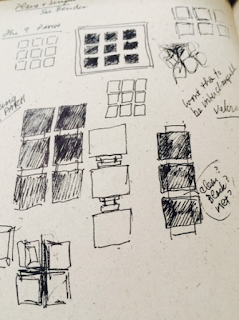 An old sketch book page reminds me how often I have to take many parts and shift them around as I work through problems hoping to find a solution.

Lately I have felt bombarded by changes in the world that I have no answers for so I try to digest them slowly.

This reminds me of the stories of eating a huge elephant one bite at a time - not by trying to swallow it all at one time and ending up choking to death.

Not an easy lesson. But sometimes a start.

For at home care after my recent surgery I engaged a CNA - a certified nursing aide - through a local professional agency. All I asked for was that the aide be a woman and that she speak and understand English because English is my only language. She arrived next day - a slight, gentle and kind woman from Guinea who has fed me well and taken good care of me when I could not fully care for myself.

My apologies. I have not written for quite sometime because there has been 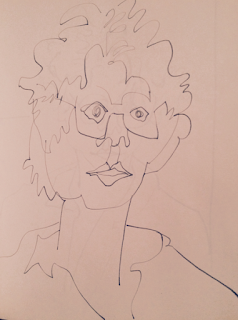 so much going on in the world I just did know what I wanted to talk about.

During the election for President I watched CNN much too much. Many have written excellent articles about the coverage - which left me, a Hillary supporter, furious one moment and then frustrated and disappointed the next. Then it was over. I am not one of the happy people. I have stopped watching CNN and anything else other than Public TV.

Fake news? What is fake news? I grew up trusting good journalists. Now I have learned that you have to be very careful about the articles you read.

I guess the biggest disappointment is seeing the appointments and reading that the Republicans in Congress are already speaking out about their plans to gut ObamaCare and then use a blunt knife on medicare and medicaid.

By November 15 I completely turned away from following the political scene because I was scheduled for some surgery on my right shoulder. All from a stupid fall in late September. I was nervous, no, scared is the more accurate word.

Held off the surgery until I completed three out-of-town performances of Ready to Serve - the story of WWI nurses - which went very well.

The surgery went well on the 15th and recovery has been easier than I expected which has been  good surprise.

So, now turning to the past to get back to normal.

Working on a new story about WWI nurses in France. I have applied for the 2017 Capital Fringe and I hope the new story will be accepted.

And then there is getting ready for Christmas.