For Memorial Day - and every day 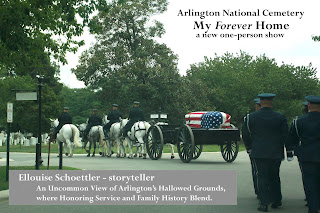 There are many events planned for Memorial Day in the Washington, DC, area.
A performance of my new show Arlington National Cemetery: My Forever Home is among them. I am very happy for the opportunity to tell the story at the Women’s Military Memorial at Arlington at 2 p.m. on Memorial Day.

Arlington is a place where military service and sacrifice are honored, and it is also a place for families.

When my husband Jim died in 2012 he was buried at Arlington. In my story I blend a personal story, history, the traditions of Arlington and the everyday to weave my uncommon view of this hallowed place. Learn more about the story at: http://bit.ly/10NoM79. 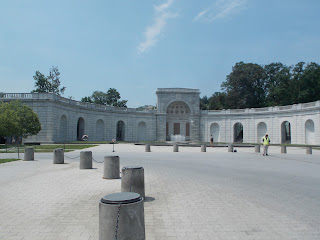 The Women’s Military Memorial, located at the Gateway to Arlington, is a beautiful building filled with exhibits and stories of women in the military service of America through the years. If you cannot make it on Memorial Day to hear the story, I hope you will add the Women's Memorial to your list of places to visit.
The performance is at 2 p.m.on Monday May 27.  Open free to the public. Parking is limited so best to come by Metro, which exits at the Visitors Center and is about three long blocks from the Memorial.
Posted by ELLOUISESTORY No comments:


Susan Gordon is a masterful performing storyteller who also uses storytelling in her work as an addictions counselor for Frederick County, Maryland. When I interviewed her recently for Stories in Focus (Channel 16) we talked about her work and her process in developing her new one-hour program, Dancing Down Darkness, in which she tackled emotional and difficult challenges to introduce her late daughter. This is a story of incredible mother-love. She tells an excerpt on this show.
Posted by ELLOUISESTORY No comments: 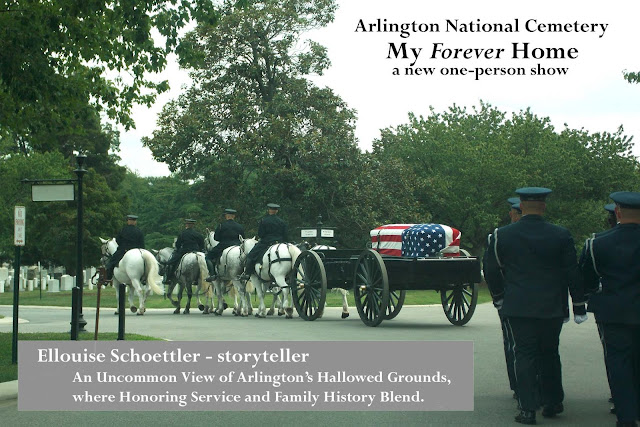 Remembering a sweet day! Have to admit - that later listening the tape - oops. My face is red. I called this Elmwood Cemetery but anyone in Charlotte will call me out on that. It was then and is today - Evergreen Cemetery.
Posted by ELLOUISESTORY No comments:

"Thank you for your service"

Yesterday when I was at Arlington National Cemetery I encountered a group of WWII Veterans who were visiting Washington, DC for the day as part of an Honor Flight from Indiana. Maybe you already know that Honor Flights are arranged by state groups to bring these vets to Washington to visit the WWII Memorial, Arlington and other relevant places a way of saying "thank you for your service." I only learned about Honor Flights several weeks ago. So I took the opportunity yesterday to talk with a couple of the Indiana Vets and to personally say, "thank you for your service."

Today I found myself thinking about my father, Robert Diggle, Sr. 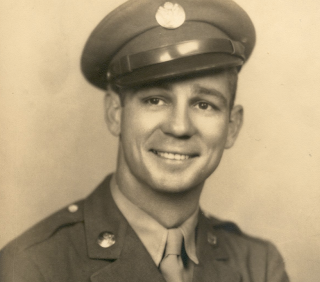 During WWII he was in the US Air Corps. This is the picture he had taken before he shipped out to an air base in India where he was a crew chief for the planes flying "The Hump" into China. I can't tell anymore than that about his service because he never talked about it even though it was not in a direct battle area. We have some pictures taken on the base with some buddies but no one knows who they were or what was happening. But that's not what I was thinking about today. It struck me that I never thanked my father for his "service" even though he volunteered. Somehow during all the years after it never came up to do it. I asked my son about it tonight - he's just retired from 30 plus years in the Army and the Active Reserves what did he think? He suggested that because "everyone" was fighting WWII that it never came up. People would have been stumbling over each other thanking everybody for "going to war." Maybe so. But I think there is more to it than that. Could it be that we learned a bitter lesson from the Vietnam War - when veterans returned and the country not only did not thank them - many turned their backs on them... for going to fight a war they did not start - but were caught up in. How are we handling things today? I have been in airports when groups returned wearing their battle fatigues looking tired and heard people saying "thank you for your service." Said it myself and it made me feel good to acknowlege where they had been and that they had returned. My father probably never expected to be thanked for "signing up" because everyone was going. But still, I wish I had thanked him. So I will shake the hands of Vets whenever I can - "thank you for your service" where-ever it was.
Posted by ELLOUISESTORY No comments: