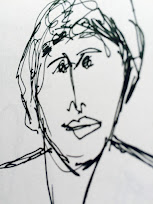 The CWAO experience as a lobbyist and grassroots organizer led to my job on the staff of the National League of Women Voters as ERA Campaign Director,1979 - 1982, the last three years of the campaign to ratify the Equal Rights Amendment. They hired me to represent the League with the other women's organizations, tend to the State Leagues and raise money for ERA.

We artists have ideas - we see things in new ways. It turned out that I came up with a new idea for the ERA campaign and for the League. I proposed and organized the National Business Council for ERA which brought the campaign support from Fortune 500 CEOs. Raised money and provided a professional umbrella which brought in The Ad Women of New York, could work with the ERA campaign.

It was a perfect combination - the League of Women Voters and Business. Our organizing co-chair, actress and business woman Polly Bergen was not just a name on the letter-head - -  she was hands-on. We developed stategies around her being present and she came. I happily held her purse so she could wow them. ERA Board Chairs Madeleine Appel and Lois Harrison were wonderful team members. And BPW ERA legend Mariwyn Heath was my mentor and supporter in the business effort. She told me at the end of the campaign - " I consider you one of my successes. I thought it was a dumb idea and did not believe that you could pull it off - - but I never said a word to discourage you." It was a good management lesson and I have never forgotten it.

Women did amazing things during that campaign. It was a dynamic volunteer grass roots effort, and inexperienced women learned their jobs by doing them.
Women cared about the issues and taught themselves the skills they needed to lobby effectively.

The loss of the ERA was heart-breaking for the supporters.

That's an outline. There are a lot of stories there. What to tell?
The fight for the ERA is active right now - - - and I am praying for all those working on the front rows that it will happen now. Don't forget that ERA is not in the Constitution - we are not safe under laws that are not protected - they can be erased -
Here is a recent interview which tells today's story. I hope you will watch it - -
Posted by ELLOUISESTORY No comments: