Thursday - A Bit of History 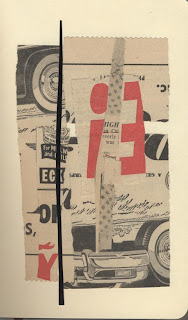 This morning we put three boxes and a bag of give-aways from the basement on the front porch. They disappeared by 10 am. Its a start.

Among the stuff - - old electronics - a Brother wide-body dot matrix printer, an HP black and white laser printer and a large and heavy flip lid "pocket" telephone - our first portable phone. To tell the truth we did not even recognize what it was at first. Its such a far cry from the light weight small cell phones we carry today. Hard to believe so much change in ten years - but here was the history in our hands.

Despite what they called it - the pocket phone - etched right on the grey front - that phone was certainly not for your pocket. It was big and clunky and must weigh nearly 2 pounds. You needed a tote bag to carry it around - - but I was thrilled to have it. I wish I knew the number - just for the record.

Jim insisted I take the "pocket" phone when I drove to North Carolina for my first out-of-town storytelling gigs and it was a good thing. I was nearing Manassas, VA at about 6 am when I was stopped because a truck had jack-knifed ahead leaving the highway slick with oil. Traffic was at a stand-still and remained so for three hours. After an hour of my creeping along in the barely moving traffic - a hose in my car popped. Steam poured out from under the hood and I pulled off to the side. Thanks to the pocket phone I called AAA for a tow and Jim to let him know how glad I was to have the phone. It was the beginning of my love-affair with technology.

About an hour later a large flat bed truck arrived to haul my car to a near-by garage where they fixed the car and sent me on my way - six hours off schedule. Fortunately I was not telling stories until the next morning.

The lone bag on the front porch this morning was crammed full of black electric cords - those mysterious anonymous connectors that you are afraid to get rid of in case you will need one of them some day.
(artwork: collage, e.schoettler)
Posted by ELLOUISESTORY

It's funny to see stories and memories connected to technology which is such a recent invasion in our lives. But you managed it quite well! I have to get rid of things pretty quickly because we have no basement or attic to store them--God help us if we did!

When we cleaned out my Dad's house, he had boxes of old telephones in his attic--none of them worked, but Dad always kept things for "parts." His basement was the same way, bits of wood and metal that he figured he'd need one day. Unfortunately his eyesight and health failed so quickly that these items just stayed in the basement for years after he was unable to work there anymore.

We are going to clean out the STORAGE UNIT we rent this weekend. It's time to say hello and goodbye to a number of things in there. If I can just touch them one more time, I think, yea, I think I might be able to let them go. I sure hope so .