Life is a Verb Interview with Patti Digh


Patti Digh's work on 37 Days has enriched all the folks who follow her blog and join me in celebrating her new book, Life is a Verb. For the book Patti has selected 37 essays from her blog and arranged them in chapters which set a path to living a life with intention. In each chapter you will find questions, prompts and challenges as aids for your life journey.

The book is beautifully complemented with art work from artists around the world and poetry.

Three years ago I stumbled upon 37 Days and reading Patti's essays became an important part of every week for me. I was drawn to her essays by her storytelling and her writing. Then I realized that there was so much more to what she was saying. The way she was observing her life every day and connecting it to a deeper meaning resonated with me and my own work as a storyteller. Absorbing her ideas about commitment to intention has changed my life and enriched my storytelling.

Speaking of storytelling, I am telling stories at the Willliamsburg Storytelling Festival in Williamsburg, VA September 20 and 21. Since the world is driven by serendipity what do you bet there will be other 37 Days followers in the tents.

If you see this and are also at that Festival please tap me on the shoulder. I would like to meet you. And, if you are reading Life is a Verb between story-sets we can take a picture and send it to Patti.

Now to the feature event - the interview with Patti .


Yes, the interview is about Patti's new book, Life is a Verb, however I decided to focus these questions on the author, her intention and process for her writing and to wind up with a question about what's on the horizon for her. I am not surprisesd to find that Patti has a few things brewing. 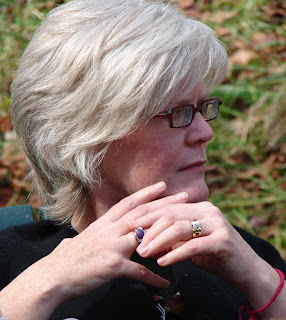 Ellouise: On YouTube Ira Glass talks about the importance of the moment of reflection to a story - something that gives the anecdote deeper meaning. What’s your feeling about that?
Patti: I think he has just described the real meaning and thrust of 37days. It isn’t these stories about my daily life or the trips I’ve taken or the people I’ve been privileged to meet—it’s about sitting back to ponder the meaning of that interchange, the deeper metaphoric meaning to even the smallest of events—and perhaps, if I’ve done a good job in telling the story and delving into that metaphor—the deeper meaning for other people too.

I consciously end each essay with a challenge because 37days was intended to be an instruction manual for living for my two girls. Those challenges open up the path for readers to apply the lesson I’ve gained from each story to their own lives. Or at least that’s my hope.
Ellouise: Which essay touches you most deeply?
Patti: It’s hard to pick one, I must admit. There are some that were more difficult to write—“Unpack your bags” is an example of that. Some are examples of very big “a-ha’s” in my life, like “Say hi to Yaron” and “Burn your jeans.” All are such a part of my life and touch me for very different reasons.
Ellouise: Why or how did you choose blogging as the form for writing your legacy for your daughters?

Patti: I started writing an essay each Monday in a Word document, then emailing it out. On January 3, 2005, I sent the first one to 12 friends and said I’d be doing one every Monday if they wanted to receive it. It was a way of holding myself accountable for actually doing it. They all said yes, then evidently sent the essays to others, who sent them to others, until after just a few months I had over 15,000 readers who requested to be on the email list. It got to be too much for me to handle and I thought posting to a blog would be an easier alternative! So, it was a decision solely based on my lack of technical knowledge about how to maintain such a big mailing list!
Ellouise: Is there anything about your blog writing process that you don’t think people understand or do you have a suggestion for other bloggers to improve their blog writing?

Patti: Because I didn’t see myself as a blogger, really, I didn’t pay attention to any of the “rules of thumb” about the length of blog posts or how many times you should post to build a readership. If I had paid attention, 37days would look and feel quite different.

For the first two years, I religiously followed a particular formula, one that defied the “short is better” and “post often” rules. My essays were stories, not posts, and they were usually 1,500 to 2,000 words, not 350-500 words. So the people who started reading 37days were an unusual bunch to stick around through such long essays! I posted only once a week, on Mondays, so there wasn’t a lot of action on the blog, either. But that gave me a whole week to really hone each essay and make it writerly and beautiful, as opposed to quick.

I’m not sure that my formula is right for everyone, but that’s what I did—and what I want to get back to.
Ellouise: At what point did you realize your blog writings were a book?

Patti: I actually wasn’t the person who figured that out! A woman named Nikki Hardin contacted me after reading 37days for a while and asked if she could reprint one of the essays in her magazine. Nikki is the editor of Skirt! magazine, based in Charleston and printed in cities across the U.S.

After printing a few stories in Skirt!, she asked if I would be interested in publishing a book based on 37days for the new Skirt! Books imprint being started by Globe Pequot Press. So it was Nikki who first saw the inklings of a book in the pages of the blog, not me!
Ellouise: What has this three years taught you about your self that was most unexpected?

Patti: Without a doubt, this is my biggest learning: The power of a single intention.

My business partner, David, is a theater director. One of the first things he teaches young actors is that you can’t play two intentions at the same time on stage. I think the same is true in life.

If I had been writing to gain an audience, I don’t think the blog would have had the same intensity and clarity of purpose. I would have been working from split intentions. I had a longing to say something, not a longing to “build brand” or “build a readership” or all the buzz words that people use when talking about blogs. I needed to say something—and the gifts that have come back to me because of that single intention have been overwhelming. Not in terms of material things at all (think: starving artist), but in terms of relationships and connections with extraordinary people all over the world, telling me their stories, connecting with me in ways I never knew possible.Ellouise: What’s next for you - any projects you can talk about?

Patti: I’m finalizing a proposal for a follow-up book to LIFE IS A VERB—another 37 essays about living more mindfully—and am open to suggestions on a great title!

I’m also working with my business and creative partner, David Robinson, on two book projects—one, an application of LIFE IS A VERB to the business world, tentatively entitled, “TOAST RULES: Fifty Ways to Burn Yourself and Your Company.” The other is a children’s book called “Kichom and Fucchi: Wisdom Tales from the Smallest of Teachers,” based on a story told me by my friend Kichom from Tokyo about a small bug from whom he learned big lessons.

David and I—along with my husband, John Ptak—are also working on a symphonic project that will combine music, narrative, and art to explore what it is to be “removed” from your place on the earth—like the Cherokee who marched on the Trail of Tears, or the Japanese who were sent away to camps in the desert, or the victims of Hurricane Katrina. It is called “The Taken,” and should premiere with the Portland Symphony Orchestra in 2010. 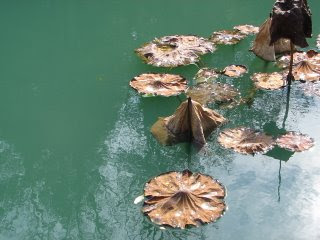 We were talking about books which have changed your life. The first one I mentioned to her was a book that set my intention so far as a lot of my storytelling goes.

"The second was the 37 days blog - three years ago - your search on 37 Days touched me as few things have - spoke to something I needed to look at - and along the way helped me to really be present with my mother in her illness, dying and death. Particularly the tender and loving posts about your young friend, Meta, and her mother when both died."

I expect that Life is a Verb is going to be a similar companion to people - open them to the richness and gifts of living with intention in the everyday. It is a book that will change lives.

Dear Elouise, I came over to read the Patti interview (and I will), but having read that you've lost your Mom so recently, I wanted to reach out and say "I know..." My Mum passed away in July, so I am on the same road. That "I can't call Mama" moment has been mine too.

Blessings to you on the road.

Dear Ellouise:
WOW! Thanks for posting such a wonderful interview with Patti Digh. Awesome stuff.
She first popped on my radar when I found out that she had applied for the Executive Directors position at NSN in Jonesborough.
I was amazed and disappointed that she was not chosen for that position. I have to stop and wonder... where NSN would have been if she had been the chosen one. I suppose we will never know.
Amazing how much difference "making the right choice" can make.
Thanks again for such a wonderful interview and, break a leg at Williamsburg
DJM