There is an Elephant in the Village 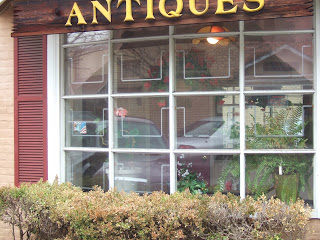 The Village of Kensington is home to antigue shops, an historic train station, charming large Victorian farm houses and a sense of the past. As heavy traffic speeds by spewing emissions on near-by Connecticutt Avenue, Kensington sits quietly by.

Now there is an intruder. An Elephant has been plopped down on the edge of the village, dominating the view and proving how heavy a corporate footprint can be. 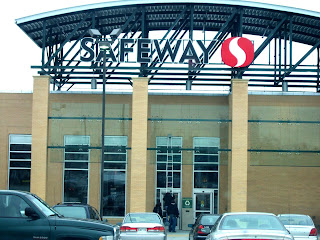 When we moved to this area in 1970 there was a red=brick Safeway in the Kensington location. It was an early flagship store, with friendly staff and a familiar and unassuming neighborhood presence.

Safeway closed that store two years ago, tore it down and rebuilt it in the form of a yellow concrete California- type lifestyle store which is now the elephant on the edge of the village. Having a beatifully arranged and misted produce section, Starbucks at the front door and new fangled carts with built in cup holders does not make-up for placing the building on the site so that the loadimg bays of this building are right at the edge of a narrow two lane cross street which will not be able to digest the traffic.

What were they thinking? Or did anyone from the corporate offices come and look at the neigbborhood before they sent in the destucto balls and earth movers? Would they want this monster in their neighborhood?
Posted by ELLOUISESTORY

It's in their neighborhoods. It's the same cookie-cutter look all over the U.S. Walmart are not the only intruders. Sigh.