Shingles Aren't Just for the Roof

This is not what I expected.

Friday I woke up with what looked like a few small red "bites" on my right arm. Jim and I stripped the linens, vacuumed and turned the mattress and thought we had taken care of removing any crawling invaders who might have taken a few bites out of my arm. The cat sometimes naps on my side of the bed and I was quite ready to blame Bill for the intruders.

Saturday I was distracted by stories at Donald's workshop and did not notice that the red areas were widening.
By Sunday evening they were wider, bright red, with blisters and my arm was hurting. Now Jim doubted they were bites - but was not sure what it was. He mentioned the possibility of Shingles - maybe. So he gave me a Benadryl and put some ointment on the burning and inflamed areas on my arm.

This morning - very early - Jim called the dermatologist and they made room to see me this afternoon.

The doctor - now it is the son of the old doctor - glanced at my arm and pronounced. "Shingles."

I spoke up. "How can you say that? You barely looked at it."

"It is obvious. Do you want me to look at it longer? It will still look the same. Its shingles."

He explained that the rash-like lesions would be there for at least three weeks, that it will hurt during that time and for a bunch of weeks after that. And he told me - it can hurt a lot for some people. I hope I am not one of them.

Shingles is caused by the chicken box virus. When you have chicken pox it attaches to the nerve fibers and any time during the rest of your life it can reappear - as shingles. They do not know why it does or what causes it to burst forth.

Shingles usually presents on the trunk of the body - mine has chosen my right arm.

Oddly, I could expose people to Chicken Pox - not Shingles - until I had taken Valtrex for a coupple of days. I felt a bit like Typhoid Mary. Yes, I would have to cancel the school class on Tuesday and telling my Tatooed Man Story at the VA Hospital on Wednesday.

What an enormous drag!

Funny enough - Sunday, when it started to hurt, I had shown my arm to Susan Gordon. She looked and said, "Have you ever had shingles?"

So much for what I want and proof of how smart Susan is.

TIP: According to Donald Davis the unexpected is what makes a story.

What a way to start the New Year. Maybe I should tie some garlic around my neck to ward off evil spirits. Any suggestions? 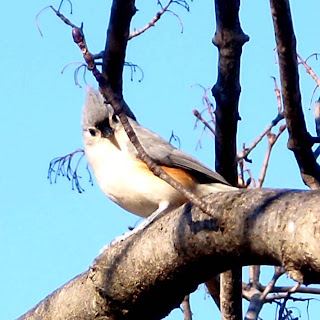 My mom had shingles a few months ago and was in a lot of pain. I hope your will clear up soon and be a light case.

at first i think my little girl also had it, lastly found out is chicken box...take good care of yourself

Whoever would have thought that you would have preferred BEDBUGS as your diagnosis!

I really, really hope that yours is a mild case of shingles.

Hugs (from a distance, just in case),
Kate

HI, Kate - wow - that does sound pretty terrible.Actually I never thought of bedbugs - more of spiders or ticks - something the cat might have dropped off during a nap.
I am with you in hoping for a mild case of Shingles.