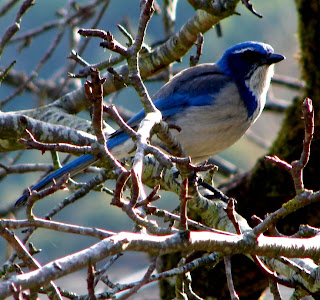 Telling stories today makes me feel like the blue bird of happiness is perched on my shoulder.
3 Beautiful Things
1. The children greeted me with smiles and "good morning Ms. Ellouise" at the Audubon Nature Pre-school this morning. "I have two stories for you this morning." A small blonde sitting at my feet said, "can you tell nine suns?" I hadn't planned to but how could you not honor such a request - we had three stories.
2. This afternoon was my monthly storytelling at a local retirement home. I really enjoy being with these folks, especially Nadine, a 91 year old woman who is slowed by her increasing blindness but her wits remain sharp and wise. She loves storytelling, takes in every word and nuance and always has a comment or addition that enriches the stories. We talked about telling personal stories and after I did a brief bit about how to think about making a story, Nadine leaned forward. "I've got it. I can make a story on that recipe - and it doesn't matter whether I can see or not - I can DO it." YES!!!! And she DID! A precious story that she has passed on to me.
3. Thinking about Blue birds brings back a nice memory. . When I was six years old a neighbor lady who enjoyed hearing me sing my one song, Blue Birds Over the White Cliffs of Dover, took me downtown to audition for the Saturday morning talent show which was broadcast on a local radio station. 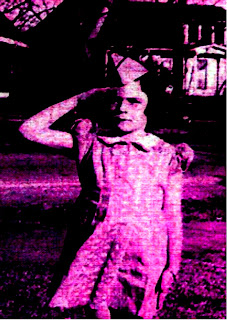 The audition was in an office downtown but the performance was held at the Visualite Movie Theater on Elizabeth Avenue. I was over-joyed when they picked me.
That Saturday morning when I walked up on the stage in front of a theater filled with people to sing, Blue Birds Over the White Cliffs of Dover, the 1941 hit song from Great Britain, I was scared to death. My neighbor friend waved encouragingly from the front row beaming at her protege. I rose to the occasion, loving every second of it. Now, if anyone ever asks me, I will tell them that was my debut as a performer.
After that everytime I saw a picture of the White Cliffs of Dover
I thought of the Visualite Theater and my first time on a stage.
In 1975 Jim put me on a train at Victoria Station in London. We had had a delightful two weeks in Great Britain and I was going on to meet a friend in Paris while he flew home. This was my "seeing all the art" trip. I was excited that I would also actually see the White Cliffs of Dover when I crossed the English Channel on the ferry from Dover to Calais.

It was a beautiful day with white clouds scudding across bright blue skies and a stiff wind stirring up white caps on a very choppy sea. We had barely lifted anchor and moved away from the dock when I felt my stomach begin to rise and fall with the waves. I had no time to watch the gleaming White Cliffs slip away. Something else was taking all my attention.
Very unglamourously I spent most of the trip sitting on a step outside the ladies room so that I would be close to a toilet in case I was over-come by mal-de-mer and began wretching.
Ah me. Not the way I had planned it - not at all.