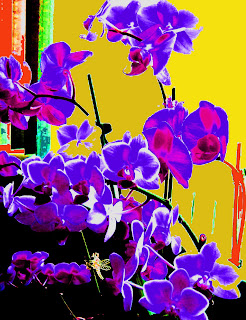 
2. OLD VIDEO - Picked up a video at the Chevy Chase Library - The Nine Tailors - a Lord Peter Whimsey tale by Dorothy Sayers. It is the first PBS mysery Jim and I watched - could it really have been 1976? Its still good.

3. NEW-TO-ME BOOK SERIES - While I was at the library today I checked out a few of the Grimm Sisters series by Michael Buckley. I had never heard of these books - a new take on fairytales - until I bumped into them on a blog while I was surfing the other day. If you are interested you will find them in the Children's Department - but it looks like a quick read grown-ups will enjoy as well. What about this - Buckley's premise is that we humans might be living with Ever-afters - you know those in the stories who lived "ever-after." That would surely explain some people I have met - and maybe sometimes - me.

Buckley's premise does not surprise me. I know there are giants among us.

How's this for evidence? 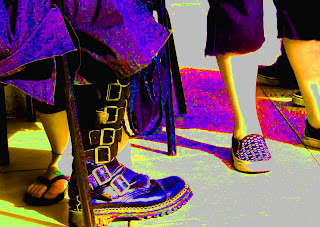 Giants. Yes. One was here at work today--Phil Pfister, WV's strongest man and once the strongest man in the world. He's huge--and nice. A gentle giant.

There are so many giant stories in British folklore. Someday I'd like to do a whole program about them.

And of course there are those Icelandic giants...