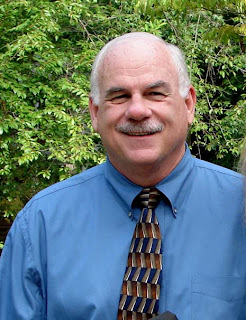 Happy Birthday, Robert Diggle.
Sending a hug to my brother on his birthday.
Robert is my baby brother and believe you me there was great excitement when this BOY was born. I have a story I want to tell but it will be later today.

Its been a slow wet day here. And that kind of day saps all my energy. So, finally getting back to this.

FIRST: STORYTELLING
Yesterday I went to St. Elizabeth's Catholic Church in Rockville for a sound check on my microphone for Saturday night - that is when I will be telling the Scherazade story with the NIH Philharmonia. Mic worked fine. But being there made me a tad nervous. The church is new - an amphitheater style set-up and it is huge. The sound-guy told me their concerts are usually standing room only - and the church seats over 600.
Wow - so a few people. All the usually vain throughts popped up - what will I wear, get my hair done etc. You know the important stuff.

I decided to tell the stories last night at the Kensington Row Bookstore. Just an added run through before the dress rehearsal Friday night. Went very well. In fact a woman told me afterwards, "From your first words I was entranced. I want to read the books (The Thousand and One Nights)". Made me happy, relieved, to have that feed-back.

SHERRY We ended the evening with a time for memories about Sherry. Nothing formal - just informal memories from those who knew her and who had heard her stories here. Nice.

NOW ROBERT
When Robert was born I was in the Ninth Grade at Piedmont Jr. High School. I was mortified that my mother was pregnant. I did not tell anyone -until I found out that the mother of another classmate was also expecting. Daddy was 35 and Mama was just 34 at the time, mind you, although they seemed "old" to me.

Mama was due in May and the exciting prospect of his arrival coincided with all the closing events of my Ninth Grade school year - particularly the Spring performance, an operetta, and the induction of new members of the Jr. Honor Society. Both were very important to me. I was President of the Honor Society and would be conducting the School Assembly and I had the second female lead in the Operetta. As it turned out - Robert was on time and Mama missed both events. I don't remember Daddy coming to the operetta but I do remember him standing in the back of the auditorium watching the Honor Society Assembly.

For my role in the operetta I played an old gypsy woman. Mama made me a long, full, and colorful skirt to wear with a white peasant blouse and a shawl - my costume. She stayed up late the night she went into labor and finished hemming the skirt. Daddy woke me about 6 am to tell me he was taking Mama to Mercy Hospital - to have the baby. When I got up I found the skirt folded on the couch in the living room.

In those days you only guessed the sex of the baby - you know the old-fashioned suspenseful way. Leaving Mother Nature to hold at least one surprise card. When the word came - a boy - my Daddy was beside himself. He at last had his son. There was never a question that the boy would be named Robert Bernard Diggle, Jr.

Poor kid. He not only had Mama and Daddy - he had three sisters looking after him - three other mothers. That's a lot.
Hmmmm.
Posted by ELLOUISESTORY

I can't wait to hear the story!

Robert sent a link to your blog to Travis. He's seems really interested in family stories and genealogy.

Your blog is one of the first things I read when I get to work. Love the family stories and would love to hear you tell them in person ........maybe I'll get to do that one day!