I was sorry to lose my dutch girl hat. I thought about it sometimes , as you do, when you look back. Mama and I occasionally talked about it. Then I forgot it.

About 20 years ago the genealogy bug bit me and I became absorbed, obsessed really, with finding out who I was and where the families came from.One day when I was visiting Mama and Daddy in Charlotte I went to the Carolina Room of the Charlotte Public Library for some some genealogy sleuthing. I found a book, The Tunis Hood Family Book. 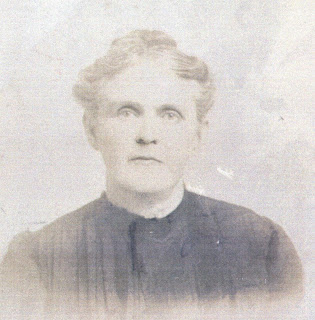 The charts and genealogies and stories in that book laid out the lines which connected Mama's grandmother, Alice Shaffer Hall to the Mecklenburg County pioneer Tunis Hood.

Tunis Hood came to Mecklenburg County in about 1767 from Augusta County, Virginia. Before that he had lived in West Virginia, maybe before it was West Virginia. His father John Hoed was a Dutch surveyor. He came to West Virginia with a group from the New York colony. As I recall, John Hoed was killed by Indians during an uprising.I

found another book that linked into the Hood Book and learned more about the Dutch connections - and my head filled with visions of clipper ships and wooden shoes.And I remembered my white Dutch Girl hat - and loved the serendipity.

This afternoon there was a full rehearsal call for the Speakeasydc production, Mommie Dearest. The performance is next week-end. This was the first time all eight tellers have been together and heard all the stories. It was exciting. With some surprises. A few of the stories I had heard before have really been polished and are now more fully developed and satisfying.

I had not heard Meera, the youngest troupe member. She is a fourth grader and quite a storyteller. Lovely to see such a poised young teller - definitely able to hold her own in an otherwise adult line-up.

Gayle Danley, a nationally known slam poet, is the teller that takes my breath away. She draws you into her life and teaches you powerful lessons. Her delivery is full of humor, punch - no holds barred - and touching insights. Wow.


I asked Jim to come with me. I wanted him to hear my story and comment on it because he is a very sensitive and astute critic for my work. Smart of me. His comments will help me ramp the story up another couple of notches before Sunday. Thanks, Jim!
Posted by ELLOUISESTORY

To borrow a most famous quote...