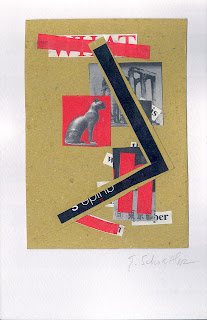 Tonight I am selecting and practicing stories to tape tomorrow for Stories in Time
on Channel 16 and have decided to tell a few Aesop Fables. Re-reading and finding myself noticing and attracted to new fables.

How about Belling the Cat - for a relevant moral. The mice need a way to be warned when the cat is creeping up on them. Several smart one say, "lets put a bell around her neck." 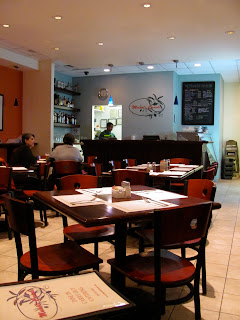 "Good idea," they all agree until a wise elder asks the question -
"Who will put the bell around the cat's neck?"

Aesop's moral: "It's easy to come up with ideas but harder to put them into action."

Makes sense to me.

Manoli Canoli is a former Connecticut Avenue Deli that's been redone into a charming Mediterrean-like retreat.

One night this week I had a nice dinner at
Manoli Canoli which is our favorite Chevy Chase restaurant. It reminds us of  a neighborhood ristorante you would find in Italy. Over five years it has become a familiar destination for locals and we often see people we know. This gives Manoli Canoli a small town feeling in a large metropolitan area.

Recently Laura Thornton wrote this article for the Chevy Chase Patch and told the story of this place.

Jim and I always order the Caprese for a starter - you know slices of homemade mozzarella cheese and tomatoes, drizzled with the house EVOO made in Greece - topped with fresh basil leaves. YUMMMM!

What's your favorite spot in your neighborhood?
Posted by ELLOUISESTORY