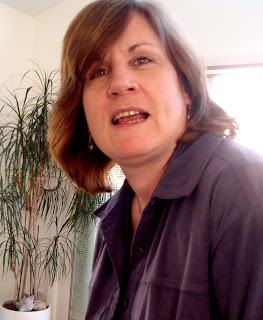 Our daughter Karen was born on Thanksgiving Day - November 27 - at Kings County Hospital, Brooklyn, NY in 1958. So every seven years Karen's birthday circles around to fall on the actual day of Thanksgiving itself.
If you have done the math you realize this was a special birthday. 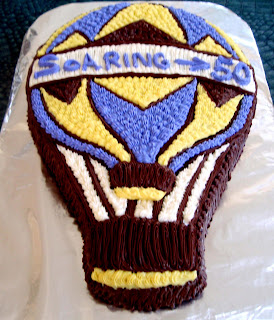 Our cousin Tina Barber made this terrific cake - delicious chocolate cake inside trimmed in lavendar to honor Karen's penchant for purple. 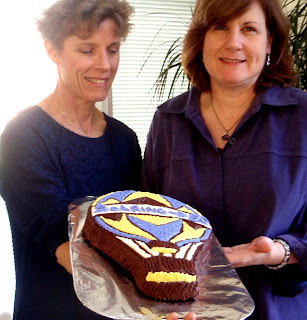 There is a story about Karen's Birthday and I will be adding to this off and on all day. Check back if you want to follow along with me. In between I will continue to wrestle with my turkey.
Later - well, the turkey turned out well. The cake was yummy. Now we will wrestle with dishes.
But first, back to Karen's story.
Jim completed his internship at Kings County Hospital in July 1958. He ad been drafted into the USAF as part of the 'doctors draft" but because I was pregnant he was granted a compassionate six month delay so that we could stay put until after the baby was born. That's why come November we were still in Flatbush, Brooklyn, living in our one bedroom apartment on 35th Street two blocks from the front door of Kings County Hospital. Dr. Perrin Long, Chief of Medicine, had arranged for Jim to have a six month externship at the hospital working in a research lab.
My cousin Sandra was living in Manhattan. She was working at the Metropolitan Museum of Art, which impressed me no end. She and I had planned to cook Thanksgiving Dinner at our apartment. At Sandra's suggestion we were going to l'orange a duck. She being the cook was tackling that job.
I shopped for all the fixings and they were ready for Sandra to arrive Thursday morning. However, about midnight I started regular labor and plans began to shift.
Sandra rallied to my hurry-up call and took a taxi out to Brooklyn at 2 am so that Jim could take me to the hospital. She would be there when our two year old son, Jimmy, woke up in the morning.
Labor is never predictable and mine kept on and on. Jim walked home in the early afternoon to help out with Jimmy and to share the duck dinner with Sandra. Although I was busy and could not eat it the kitchen sent a traditional turkey dinner to my bedside.
Jim returned about 6 pm and Karen was born about 8:30 pm.
Groggy in the delivery room I heard my baby's strong and lusty cry and then the doctor presented my lovely daughter to me. He turned to show the baby to Jim. Horrified Jim watched as our baby peeped and then turned blue to purple. They snatched the baby away. She had collapsed a lung and was having difficulty breathing. Those moments while the doctor and nurse worked on her were terrifying and it seemed an eternity until we heard another feeble cry from her. They were successful and she rallied. They placed her in an isolete for several days to be sure she was well oxygenated.
Jim and I had already agreed on a name, Karen Louise, if we had a girl. So next morning when a priest came from St. Ignatius Church and Baptised her she was offically named. I did not really hold her until Saturday.
Quite a dramatic entry into the world. Not one the parents forget. Especially on Thanksgiving Jim and I remember that night in Brooklyn and thank God for the gift of Karen.
And to remember how grateful I am to Sandra for coming to save the day and to cook the duck.
Fifty years ago. That may be - it seems vivid as though it were yesterday.
Posted by ELLOUISESTORY

Love this little post. I have a daughter born on 11/23 so on those days with the early Tday- she shares her birthday with the holiday. Love it.

Well, you ol' turkey wrangler! I hope your bird came out well; it sounds like you were planning quite a feast!

Happy Thanksgiving, Ellouise. I am very glad to be a friend of yours. You enrich my life.