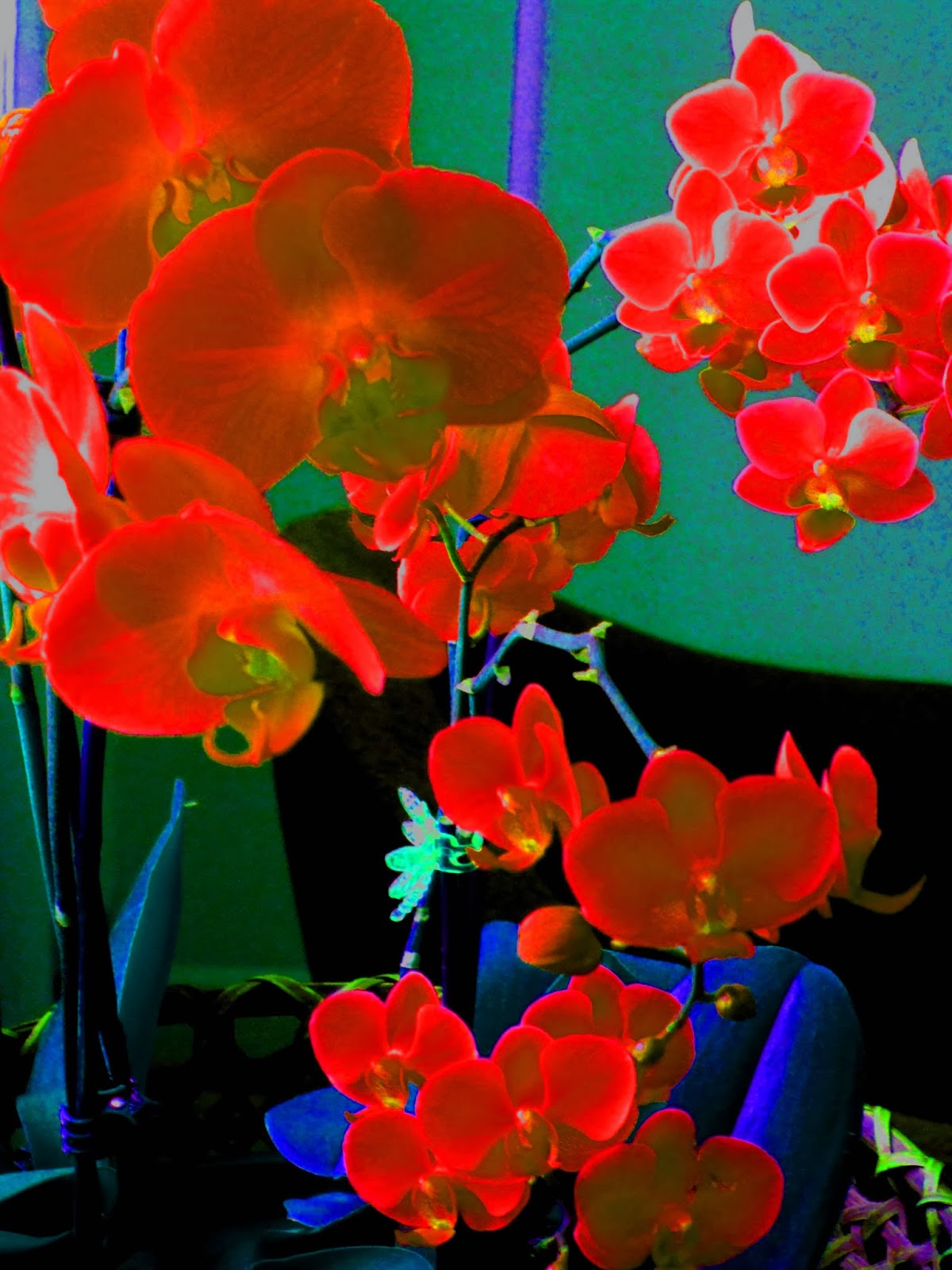 Today our world is covered with 16 inches of white snow so I thought a blast of vibrant color was in order.

Looking out the window I find myself remembering the first large snow we experienced when we moved to this area in 1964. We lived in  Oxon Hill, MD outside DC.  Jim, an AF officer at the time, was assigned to Andrews Air Force Base. Our three children were 8, 6, and 5. We lived about 15 minutes from the Base via the new Beltway.  495, the Beltway around Washington had just opened.

The snow started mid-day and by close of business the snow fall was heavy and continuing. Snow was piling up. I wondered whether Jim would get home -

He headed home driving our small, black VW Beetle - and later he told me it was a stroke of luck that he pulled onto the Beltway right behind a  snow plow which was clearing the middle lane and it was going his way. He stayed close to it in the cleared path and crept  behind it all the way to our exit. Fortunately the rest of the way home had been driven on - and the VW made it through.

The snow continued and we were house-bound for three days.

No snow plows made it to our neighborhood so the men joined forces and shoveled a one-car-lane so that they could get in and out for runs to a near-by grocery story.

The kids loved it. Sleds, snowmen, and snowballs.

At the time our family dog was a Basset Hound with a fat body and short, sturdy legs. When Kris stepped off the walkway into the snow he sank into the snow - up to his belly. His legs did not reach the ground and he "hung" there -   held up by the cold snow. He loved the snow and wanted to walk around in it. The kids followed behind him to lift him up when he was stuck.

We have been in many more "snows" in Maryland since then but that one stands out in my memory because it was the first. Our kids were young and joyous about it and Jim and I had good backs and energy for all the shoveling.

And, the hot chocolate tasted good.

Today I am enjoying the beauty of the white wrapped world as I watch others struggling with their shovels.

I know that a little later today kids will have fun riding bright colored snow dishes and probably pull old sleds out of the garages. We live in a corner house at the top of steep winding hill. When the sleds are running downhill I hear kids squealing and laughing and it takes me back to other days.

The hot choclate still tastes very good and my memories are sweet.

Do you have favorite "snow" memories?
Posted by ELLOUISESTORY