This is the 150th anniversary of the Battle of Gettysburg. This week-end the town was caught between two worlds as 15,000 re-enactors encamped to re-create those bloody battles on the grounds of a large farm near our get-away cottage.

I was sitting at the computer early on the Fourth when I heard the hoof steps on the road. When I rushed outside to see them - it was not the 3 or 4 I expected - it was an "advance" of mounted and armed Union Cavalry riding by on their way to the "war." . 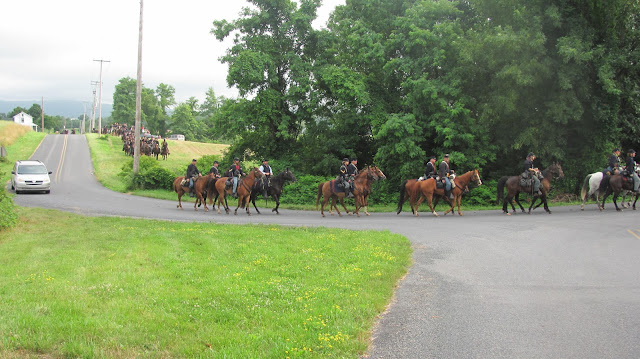 A great PHOTO OP at home. 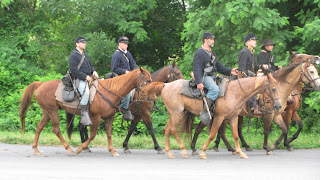 Things stopped and lucky folks who happened by waited patiently while the PAST marched in review. 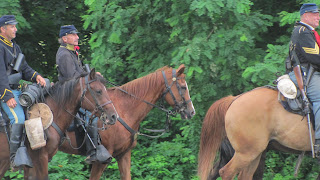 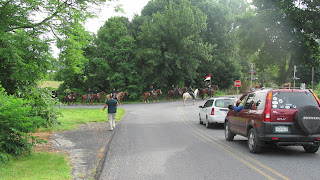 We all agreed - - - ENJOY the convergence of two realities when history comes to life in your back yard.