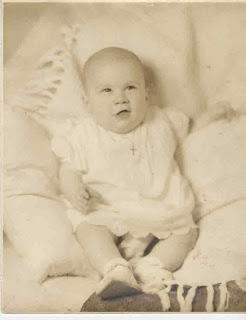 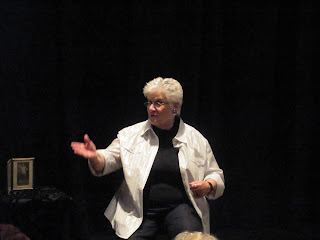 How do you get from there to HERE?
I know for sure it takes 75 years -
and there are many stories.
I have been telling some of those stories to prepare myself for this birthday-
I revisited Charlotte and told stories at the Elizabeth School where I started the First Grade
during WWII.
I brought my grandfather Gus Keasler back to his family when I went to Anderson, SC, his birth area, met a larger segment of the Keasler family and discovered even more about Gus. Now I am telling his story as Finding Gus aka My Diamond Jubilee for my children and anyone else that wants to listen in the Capital Fringe in Washngton, DC.
I am proud of him. He died young, only had one child, my mother, and was a mystery to his descendants. Gus was a football hero in the days when the game was rough and life-threatening. He played on college scholarships and graduated from NC A & M now NC State University in 1910. Descended from a Revolutionary War patriot he was the first to graduate from college and his degree made him the "hope" of his younger brothers and sisters.
For the next year I will be developing a story of a couple who immigrated to the East Coast - an idealistic young man from the West and a naive young woman from the South -who met, fell in love, married and have been together for 56 years - - living in times of major changes in the world.
Now who could that be??
I feel strongly that we owe it to ourselves to discover who we come from - to find out about our roots - and then we owe it to our children to tell our stories - to give them clues as to the people that they come from - -  "in our own words."
Posted by ELLOUISESTORY

Happy birthday, Mom! I am so looking forward to your new story - about the West Coast guy and the Southern Girl! I hope you have a great birthday. -- Robin

Sweet article.
I love the scope of your work, Ellouise.
Someday I hope to see your visual art in person!

Happy Birthday, Mom. You are an amazing woman with so many wonderful stories to tell. I enjoy them all. Enjoy you diamond jubilee!!

Attended your show on Saturday and enjoyed it very much. Have thought a lot about it since then -- a sign for me that it will be long remembered and not just an afternoon diversion. Thank you and Happy Birthday!

Well, Mom, today is one more milestone in your interesting life. The past 75 years have been filled with a lot of adventure and creativity - and it continues unabated in this, your 75th year! Thank you for all the wonderful things you have given to us and to the world. It's been a great journey. Love, Jimmy

The way that you have approached your 75th birthday has been truly inspirational to watch! You are an extraordinary woman and I am so delighted that our paths have crossed!

As you know I am half in love with Gus - RIP - and it is a wonderful telling - but I can't wait to hear the real love story that spans two centuries - yours!

Happy birthday! May you be surrounded by love, laughter, grace and favor all the days of your life!