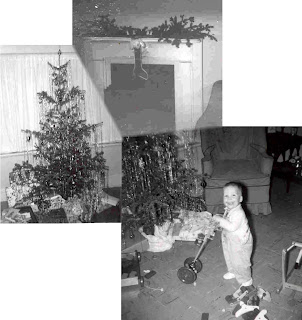 We moved to Brooklyn in July 1957 when Jim graduated from medical school and was assigned to Kings County Hospital in Brooklyn for ihis internship. 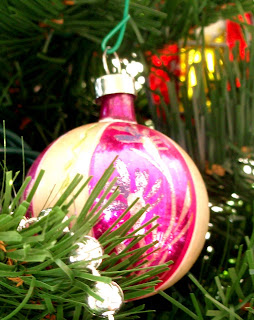 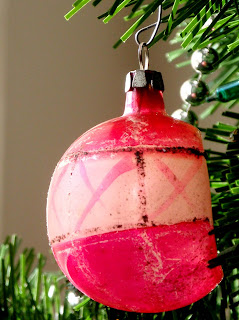 What was bright and shiny for years is now darkly tarnished by 50 years of being wrapped and un-wrapped with newspaper scraps.

In those days an intern's salary was laughable so we planned a very spare Christmas.
The single interns took the duty on Christmas so the married guys could spend the day with their families. It was a swap. Married guys worked New Years Eve. I was grateful and Jim would have hated missing being there for Jimmy's first Santa.

Jim says he thinks we drove to Manhattan after eating, parked the car, took out the stroller for Jimmy and walked down Fifth Avenue to see the animated windows at Saks and then take in the monumental tree at Rockefeller Center.
Posted by ELLOUISESTORY