This year Jim and I stayed home for the holidays. It feels strange. But it was a good decision. As it turns out Jim is having some medical issues and being close to home is the right place to be. None-the-less we are missing Robin and her family and we feel a bit off our normal.

Since Robin's oldest son, Jamie, was born seventeen years ago Jim and I have usually spent Christmas with Robin and Brad and their kids in California. First in sunny Southern California and then for the last seven year in Lafayette which is on the Oakland side of the San Francisco Bay.

Several times we celebrated Christmas Eve with Jimmy's family here and then flew out on Christmas Day, arriving in time to have Christmas Dinner on the West Coast. It was as close to bi-locating as we are likely to get.

12.24.2004
California Christmas Eve 1974
Around the dinner table at Robin's tonight, everyone was taking a turn telling something about a Christmas Past. 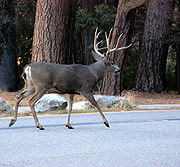 and I am so grateful we shared it as a family.
Posted by ELLOUISESTORY