I did it! Finished the grant. Then collated and checked and rechecked before I packed it in a pristine box. Set it on the back seat of the van and drove it downtown. 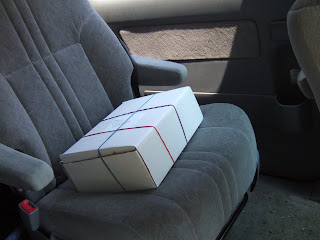 One last check in the lobby of the building before I took it up to the office and turned it in. 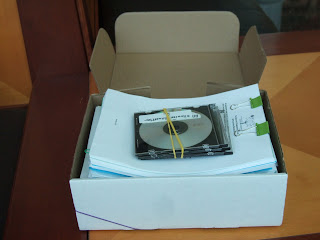 I handed it over to the receptionist and she slid it down the counter saying, "I will tell them its here. Whew! 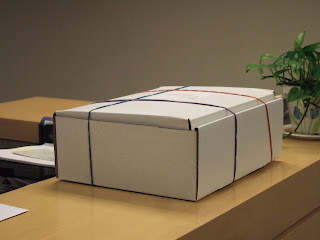 It looked a little lonely.


The woman behind the counter was surprised when I took out my camera and snapped a picture of it. "A souvenir," I said.

A souvenir of the hours that went into getting that unassuming box together -
and, of the hopes that go with it.

You know, like sending a child out into the world!
Posted by ELLOUISESTORY

Hmmm--what grant is this? It looks humungous!