Since I have reached a place where I am tired of reading about the election results, the Trump Transition and ideas that feel alien to me but I am watching and I have feelings. And, I have a hard time keeping it to myself. So, rather than use Facebook for my opinions of what is going on I am going to write about them on my blog. 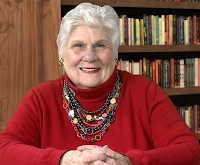 With the Transition in full swing I decided to watch the Senate Hearings where the nominees for the Cabinet were being interviewed. Hours and hours of listening to questions of the  nominees and chances for some of the members to "show off" as they asked the questions. It was a lesson for me on the way "boys clubs"operate.

The nominees were impressive and if sometimes flawed. Maybe Senator Jeff Jessions has changed but I kept wondering as he flashed his charming Southern Boy smile if he would be strong enough to stand up to the difficult President-elect and take the chance that might be for him. I admit I had tears in my eyes when John Lewis, one of the few living warriors for the vote and equal rights for black Americans, spoke about the cost and the importance of those days.

Mr. Rex Tillerson, nominee for Secretary of State, was an impressive performer and an obviously experienced speaker of authority in top level situations. He spoke off the cuff, no paper and pencils and he did not take any notes that I saw. It was surprised that he had not met with the President - elect to discuss the question of the Russians and probably lots more.

General Jim Mattis, the nominee for Department of Defense too was impressive. I was disappointed he was wearing civilian clothes not his uniform and medals but once he started talking he did not need a costume to be in charge. He speaks openly about his views about defense of the country and the threat of Russia to the United States.
An article of interest about his views on women in the military. http://www.thedailybeast.com/articles/2017/01/12/general-jim-mattis-i-won-t-repeal-women-in-combat-or-don-t-ask-don-t-tell-military-reforms.html

It was a lot for somebody like me to take in but I feel bit more informed.

Then, I arrived home in time to see the last parts of the interview with Dr. Ben Carson by Senator Liz Warren. It was hilarious! I don't know Dr. Carson but I have heard him speak at Johns Hopkins Medical Meetings where he talked about his work as an incredible and renown surgeon and you had to be impressed by his skill. Since he will not be using scalpels at HUD I wonder why he was nominated. 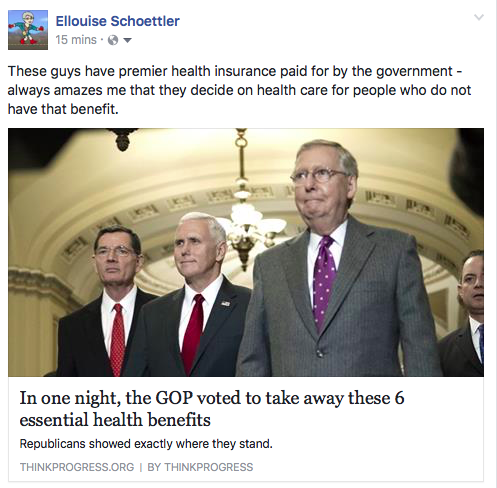 This link for the article.
https://thinkprogress.org/gop-vote-essential-health-benefits-694a83fbaaf6#.n1erst036

CNN TOWN HALL WITH HOUSE SPEAKER PAUL RYAN
Last night I watched some of the Paul Ryan Town Hall on CNN. It was about what I expected as the arrogant Speaker talked about what "we" are going to do. I had not expected that people from the audience would ask questions which broke the "GOP Speak" and put out a few moving personal questions.

For instance the man who said Obama Care had saved his life. "I would not be alive without Obama Care  - I can't believe you are doing away with it." The Speaker seemed surprised and back-tracked a bit - saying there would  be a "replacement" but it there was also the recognition that they have wanted to repeal for years. Goes along with the article above where the GOP took the first steps in the dark after midnight.

The second questioner really touched my heart as she stood uncomfortably with her young daughter  before this powerful Speaker who has the future of her family in his hands. " Do you think I should be deported - "  Speaker Ryan seemed taken back, stammering a little as he answered, saying something like" you seem like a good person, which a fine life ahead, I hope it will be here." I wondered if, for that moment, seeing her standing bravely before him brought images of his children before him.

But there was a jewel in the day yesterday - watching President Barack Obama present the Presidential Medal Of Freedom to Vice President Joe Biden.

I will miss them.