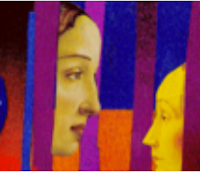 Everyday is a gift and I realize that more vividly when I take note of what is happening.

1. Too Much
The first thing I heard on TV this morning was that the GOP in Congress met behind closed doors last night and they gutted the Office of Congressional Ethics in the House.  Without this oversight  the members of Congress have a free reign.
When I heard about that I felt like I was going to vomit. "so this is how it's going to go", I thought.
Damn.
It took several hours for my stomach to settle.
I turned off CNN. Enough is enough.
Yes, I know that they were shamed into reversing that vote - however the cat is out of the bag- this is a way these legislators are going to work.
The important thing to note is that the public was strongly heard from - - we have to kept up.

2. Brooklyn
Tonight I am watching PBS television -American Masters. Actor, movie director Sidney Lumet is talking about his career and telling how much his vision was influenced by growing up in New York City  in the 1930s, 40s and forward - there is so much popular cultural history in his story and in his movies. He shows many clips from his powerful black and white movies. Many of the images of the city brought back memories of the year and a half Jim and I lived in Brooklyn when he was intern at Kings County Hospital. I was never comfortable living in Brooklyn because I felt like a fish out of my southern waters gasping for air.
Ofcourse there were some good times to soften the lonely tough days. I have written about it before and this is one of my favorite memories. Early in his internship one of Jim's patients, a Choctaw Chief, was so grateful for the care Jim had given him that he asked Jim to become his "blood brother". They had a small ceremony at the Chief's bedside. Jim asked me to bring our son to the ward so he could show his son, Jimmy to Chief Two Bears. Everyone was taken with nine month old Jimmy. The Ward Secretary, an older woman, came up to Jim who was holding Jimmy. She patted Jimmy's hands and told Jim, "Doctor Schoettler you make good babies." Love remembering that and sharing it with our three "good babies."
Today I look back on that time and regret being so frightened by the "big city" that I did not fully enjoy being there and learn more from the experience.

3. Real World
Today at my physical therapy session to strengthen my arm after the surgery I hurt. But not as much as I had last week.  Progress. After an hour of varied exercises I lay down on a treatment table and one of  the therapists stuck the pads from the "tens' on my right shoulder. She turned on a near-by machine and it started sending electric pricks through my muscle. Believe if or not that makes things better.
I love this PT practice which is run by two very kind and competent therapists who care for a multi-cultural clientele. Its a comfortable environment and an atmosphere where everyone concentrates on "getting better."
The woman stretched out on a treatment table next to me was just beginning her therapy after shoulder surgery. The exercises were terribly painful but she pushed through her pain until tears flowed down her cheeks.
"You are remarkably brave." I said.
"Thank you." she whispered. " No pain, no gain."
We are contemporaries -maybe she is older. I stood beside her after I finished. "My sister taught me something that might work for you too." Her eyes were curious. "Bring music, your favorite music and turn it up as loud as you can stand it. That diverts you."She was quiet for a few minutes.
Then " I have an Apple phone - that should work." I nodded. "perfect! Pick out music you like to listen to- I like 50s on 5, or Southern Gospel." She nodded and smiled.
I took her frail cafe au lait hand. "my name is Ellouise."
"My name is Elvira."
I know we will see each other again. And she will inspire me to keep pushing.

4. More than an Ordinary Day
I was home in time for a scheduled "coffee" visit with my grand-daughter before she returns to Law School.  What a wonderful several hours of conversation sharing stories, political ideas, learning more about her world and hearing her thoughts about her future. Especially touched to hear her talk of her admiration for Supreme Court Justice Ruth Bader Ginsburg.  A Special time.

Time for real conversations with all my local family has been one of the great gifts of the Holidays.
I am particularly grateful for those exchanges.