Thinking myself back to California

Home after two wonderful weeks in California with daughter Robin and her family. Then daughter Karen and grand-daughter Juliana arrived for turkey on Thanksgiving. It was a good time together.

I did not get to do as much as I had hoped because on arrival I was felled by the revival of an airplane malady I picked up on my storytelling  trip to SC.

I felt terrible for three days. Saved by Robin's good care, fine Urgent Care doctors, and three days of back-to-back Hallmark Christmas movies. Don't be misled by my going to an URGENT care - -  IMO a really good Urgent Care is much better than dragging into a hospital ER when you are "a traveler." I recommend STAT MED if you are in the Walnut Creek-Lafayette-Concord area.

When Jim died I was not only flattened by grief I also felt extremely vulnerable medically. After
living with a doctor for more than 56 years I was used to having medical care close by - all the time.
After a year of trying to take care of myself and deal with a doctor I did not really like,  I joined a Concierge Practice - where the doctors know you, talk to you and are available when you need them For example: I called my doctor from California. She had been treating the first wave of this malady and when she heard my rough voice and coughing he said, "you need to see someone to have them listen to your chest." So I did. If you have ever considered entering a concierge practice check into it. I found out it was more affordable than I thought it would be and it has been just right for me. Yes, I use my Medicare and Secondary just as I always did.

Robin asked me if I would bring the costumes and tell The Hello Girls while I was there, Now, really, how could I turn down such a wonderful request? She produced a fabulous house concert event. Her family room became a very nice theater. She only invited people she thought would be interested in the history and the show - and her emails and calls turned her theater into a lively "full house." It was a very satisfying evening for me and the audience declared themselves very happy to hear the story. All good.

Robin and I also spent some time playing a favorite game - "find the story" after we stopped by to photograph a local WW1 Memorial and then traced the history of the who, what, and why it was there. We picked up some interesting history and found a hero. I love this work! Love it! Love it! Love it!

Now I am home. I have un- packed, hear the washing machine sloshing the clothes around downstairs and think about how I have to tackle the mail today. Two weeks away and the bills, throw away mailings and magazines pile up. 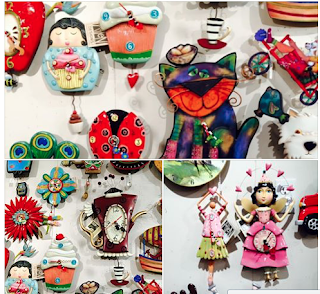 I know you have mentioned the Hello Girls before, and will have to go back into your posts to see who they are. Seems there are a tremendous support!