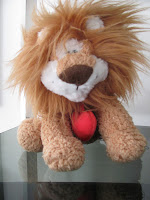 Hello. Leo here. Ellouise and I were here alone this long week-end and that was okay. Quiet is good. You can think. Catch up on some work - - or not. Its all choices isn't it. Ellouise has started writing a journal. She put it off until now - just did not want to. I think she's getting better and then she cries. Oh,no - a set-back. But all the books tell her - its not - its normal. That's a crazy kind of normal if you ask me. Even stranger Ellouise does not seem to be fully incharge of when a wave rolls over her she or not. It just happens to her. There are times when I want to tell her to "get a grip" but if she is not in charge - give the woman a break - she can't do anything about it. It doesn't last more than a few minutes. How bad is that? Its late. I want to get some sleep. Ellouise is going to work on her taxes tomorrow so I think its going to get tough around here for awhile. Taxes is not her usual job and she is math challenged. Just thinking about it makes her a little nervous. Not that she can't do it, she says, its that "I hate it." Someone told Ellouise about widows (or widowers) having to start doing double duty - taking over the things the "missing" partner had done. It explains she says why Jim's mother kept asking, "who's going to clean the pool?" Look I am glad Ellouise doesn't have a pool - she might start looking at me for help with that.
Posted by ELLOUISESTORY

Hi Ellouise, I'm new to your blog. Love Leo the lion puppet telling your story. What a unique, fun, imaginative approach to telling your story. Love those poste boxes in Naple, Italy. Are you Italian? My husband, John, is Italian, from New Jersey. His grandfather, Salvatore, immigrated from Naples to Pennsylvania in 1906. I have been begging John for 25 years we have been married to take me to New York City so I could go to Little Italy. He says it's crazy there. I want to go shopping at Macy's and he says I would get lost and swallowed up in the mobs of sidewalk people. So I told him, just take a 50 foot rope, tie me to Macy's and let me loose. Some day maybe. I saw your video of your storytelling. My you are a feisty, spirited lady at 75. I aspire to that when I'm 90. I will be looking forward to browsing your fun story blog and your other blogs from time to time, finding your good stories. Do you cook Italian? Have a great day, Ellouise