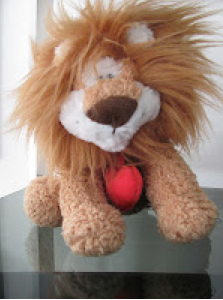 I would have been back sooner but Ellouise would not let me write anything. "No. Nobody wants to hear about a grieving  woman who is trying to figure out how to make a new life."

or another time - she was down right rude.

"Are you crazy? What are you thinking?
Don't you know that storytellers are supposed to be happy not sad. They make people laugh.
People will be afraid of me - I might slip up and tell a story that will  make them cry."

Maybe so. Maybe so.

But I am the watcher here - and I know what I see.

Grief is totally unpredictable.
One day Ellouise is up and the next day she could be flat on her ass. (Pardon me, but truth is truth.) Its rather like pumping a play ground swing higher and higher, feeling like you could fly, --- and then BLAM - right on your ass.

Its hard for Ellouise to guard against the falls - because there is no telling what will pull the rug out from under her "stiff upper lip." Anything from a familiar smell, going someplace she and Jim frequented, a song, a TV show - there are pots holes and traps everywhere so the world feels a bit dangerous. Ellouise stopped wearing mascara shortly after Jim died. Those sudden tears left her face looking like a racoon.

People don't really know what to say to someone who has lost someone they love. " Did you hear what they said - -. "  Sometimes their awkwardness is funny and other times it is just "duh - dumb". And, lets's face it, sometimes it is courageous to open your mouth to say anything because a kind word can bring on a gully washer flood of  tears.  Grief is worse than PMS on the emotions and its not calendared. I heard Ellouise telling someone, "I never knew what to say either  - - now I do. I am sorry for your loss, is all you need to say. "

Some people are curious. What happened? What do you think happened....Jim left. And, it has finally sunk in on Ellouise - he is not coming back.

A widow friend says to Ellouise, "Oh, damn, that's where you are." Widow friends are essential guardian angels because they know this walk and it looks to me like a newbie widow really needs a hand-holding guide as she starts down this path.

Because Jim was under Hospice Care - Ellouise now has a Bereavement Counselor to talk to if she wants to. At first she wasn't sure about that. But now she values the faceless phone time with her counselor - who has a soothing voice and is a skilled listener. I listen to what Ellouise says into her pink iPhone and I don't think she would tell just anyone the truth of what she's feeling like she tells this person she has never seen.

Yesterday for instance, she told her, "I cry about Jim. I miss him. My heart hurts with missing him. What about him? Have you ever thought about this? We send our loved ones off to some magical place where they are healed and happy.
And never ask - if they look back while they are dancing in the Elysian Fields? Does he miss me? "

There are no answers.

Ellouise is reading "grief" books. Some she found on her own. Other books were recommended. All say essentially the same thing,

From my experiences with the deaths of my parents and best friend (NOT the same as what you are going through), I learned that there is no way around grief, you just have to go through it...