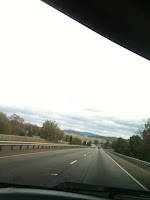 Thinking over some tid-bits of the week-end 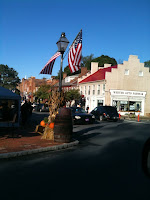 1. Monday Jim and I stopped to talk with a man from Ohio on Main Street. He told us he first came through Jonesborough on Friday (the first day of the storytelling festival) but "there was not even space to park a mo-ped so we drove on through. We are back today to see the town." Eek.
Jim and I spent ten minutes selling the Festival and recommending he return next year. After all that the man said, " I come from Elizabethon, a town near here, and we have plenty of stories over there." I felt like he had thought of a few to tell so I nodded. He continued.

" You know there were not just Confederates in Elizabethon. There were northern sympathizers too. People think that the end of the War settled those feuds. Not so. In 1946 when my mother fell in love with my dad her family had a fit, telling her she could not marry "one of those Yankees." Obviously she did. Think about it - 81 years after the end of the War they still held the grudge."

A family story with a bit of unknown history. 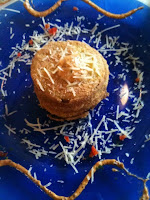 2. Lunch at The Bistro on Main Street. I could not resist the "fried green tomatoes" - Look at this, crisp and browned, served on a gorgeous blue plate. Delicious. When I eat these I think of Kathy Bates in the movie, Fried Green Tomatoes" screaming the freedom call TOWANDA as she knocks down a wall in her house! So loved that.


3. Met a woman from NYC whose name is also Elouise
Spelled with one "l" not two "ll"
She is also named for two grandmothers -
We chatted and enjoyed the coincidence.
Posted by ELLOUISESTORY