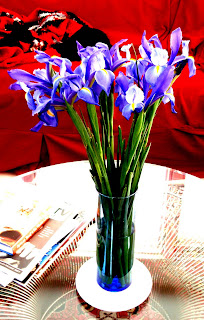 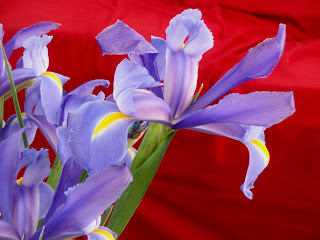 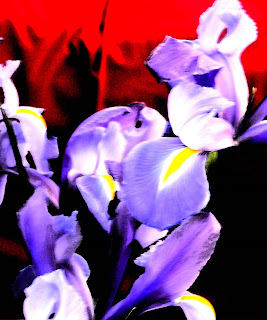 Storytelling
This week-end I have been working on new stories for programs coming up in May. One is about Mama. I have been thinking about it a lot the past few weeks - you know the way you let a song or idea play in the background as you mull it over. This week-end I re-crafted the opening and closing in a way that is a bit different for me and that I think strengthens the story.
It has set me to thinking about this question. How do you refine your craft? It happens with me in different ways and often not when I am expecting it.
Last week when Jim was in the hospital I read Neil Gaiman's The Graveyard Book aloud to him. I have already read the book and as I read out loud I savored the words and the flow of the opening chapter differently because I knew the story. I saw the structure of the opening and the way in which he grabbed you into the story with surprise and a bit of shock almost from the first words. That recognition settled into my awareness and I continued to think about it long after Jim had taken over the book and was relishing it on his own.
A few days later we watched our latest Netflix selection, Stephanie Daley. The movie is a sensitive, very emotional story about a teenager's accidental pregnancy. The story is moving and compelling and emotionally draining. But its the opening images on the film that are shocking and vivid for me - the camera focuses on the young girl's ski boots as she walks across a slope - each footstep red and bloody against the white snow.
These two instances of powerful openings rolled around in my thinking - brushing up against one another, polishing each other until they connected with me. Voila. I got it. And used it to polish Mama's story.
And, if I dare, I will open the story by singing a bit of an old song. That will be a shock - for me.
Posted by ELLOUISESTORY

Sing!!! It's good for the soul. One of the favorite memories at our house was your Mama singing "Happy Birthday" to us. We saved the diskette from our answering machine with her singing. Not all are given the voice of a songbird, but we can all sing with a heart full of joy!

I know that voice! Thanks for your encouragement to sing - I will do it.