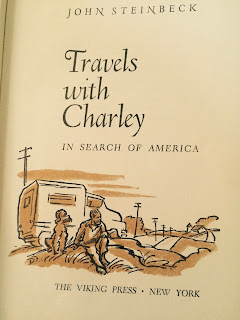 I remember reading "Travels with Charley" as Jim and I rode away from Salinas, California in the 1980s.
Today this was a second or third  time reading the book for me - and as I read I was moved again by Steinbeck's talk about being back at his home near Salinas. Steinbeck continued writing on his page " it muddied my memory. When I went away I must have died to my friends and so in their minds I became fixed and unchangeable. My return caused only confusion and uneasiness. Although they could not say it, my old friends wanted me gone so that I could take my proper place in the pattern of remembrance - and I wanted to go for the same  reason.
Tom Wolfe was right. You can't go home again because home has ceased to exist except in the mothballs of  memory."
Today when I spotted the Charley book on one of the book shelves in my office I could not resist sitting down with it and flipping through the pages. As usual when I read beyond a first time I skipped through the chapters to remind myself of the story -
it was was worth the time.
and the room was deep in the odor of moth balls. 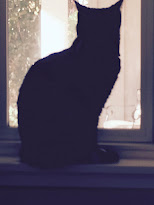