The State of the News - for me. 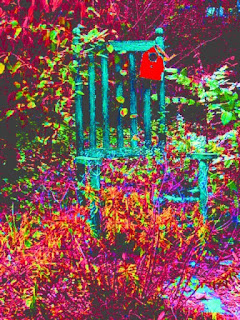 I greatly admire Ken Burns and his work. For years he has opened my eyes to the richness of history and laid out the story of the American past with out flinching.

A few weeks ago I first heard Burns speak of his view of Donald Trump in a video of his commencement address at Stanford University. He took my breath away when he put what is happening in this campaign in a wider context of history as historians are prone to do.

This morning I encountered a new interview with Christiane Amanpour where Burns builds on this Stanford address. He says to her "if Edward R Murrow was here he would have exposed what's happening with Donald J. Trump." I have thought of Murrow myself. I am aching to hear reporters that have the kind of depth we were once accustomed to from Edw. R. Murrow and Walter Cronkite and others.

I miss those resonating voices first heard as a child on radio and then on television. During this campaign we have been reduced to the paid surrogates who scream the opinions they have been directed to support trying to drown out others. And the commentators either cannot control them or don't want to so the broadcast is reduced to shrill screaming matches. My opinion is "who cares" what hired surrogates say - give me real and thoughtful commentators who have a depth of experience to speak from.

I do hope there are still some out there - I am looking for them.

We have one or two in Canada. Peter Mansbridge is a veteran and well respected news anchor and commentator. I listen to him to get a perspective. But yes, they are too few and far between!