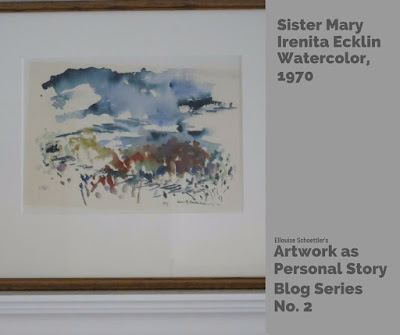 When Robin moved to New York and was "shopping at home" for art for the walls of her Madison Avenue apartment she asked for this piece and it has hung in her home since. It is now a familiar to a wider group. When I come to visit it reminds me of a warm and understanding woman who was my teacher and later my friend.
Posted by ELLOUISESTORY

Our children were pioneers in their own right in those days—Like you, I was one of the mothers who went back to school or work, when there was no support system. They survived, and so did we. It was something we were compelled to do!