Thinking about World War One - 100 Yrs Ago


Today is the day the Great War began in Europe 100 years ago.

For a year I have been working on a new story to tell - THE HELLO GIRLS, so my head has been turned toward that period of time for months.  I have wondered why I have never heard much about WWI  before. Or did I just not pay attention beyond the high school read of Hemingway's Farewell to Arms.

Then a handful of years ago along came Missouri storyteller Mary Garrett who introduced me to author Jacqueline Winspear. Since Mary, an avid reader, a veritable gobbler of books, recommends great reads, I dove into Maisie Dobbs, the first novel in Winspear's series about a World War One battlefield nurse - a survivor. As long as Winspear continues to write about Maisie I will be right there with her book in my hand. Through Maisie Jacqueline Winspear brings the GREAT WAR, the times, and the human costs of war to life.

If you want to walk the battlefields of France and open yourself to understanding the lasting aftermaths and pain of WWI for Great Britain read Winspear's essay: Skylarks Above No Man's Land as I did this morning.

My grandmother's younger brother, Walter, died and is buried in France. 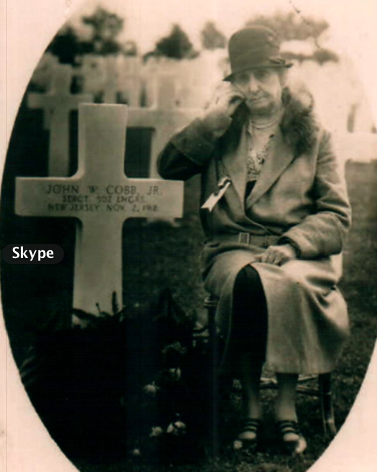 Only his mother ever visited his grave in  San Mihiel Cemetery overseas.
As does happen in families, by the time I was born 18 years later there was no mention of him. I have found out some things through research but there is no one left to tell me about Walter - the boy he was or the man he became.


Twenty years ago I bought a box of cast off papers and discovered a letter written by a young WWI wife yearning for her husband in France but that was about as far as I went. Until I accidentally learned that she and her husband are buried two blocks from my husband (and me eventually) in Arlington National Cemetery.

Maybe Grace Hotchkiss, the young woman of the letter, led me to The Hello Girls. 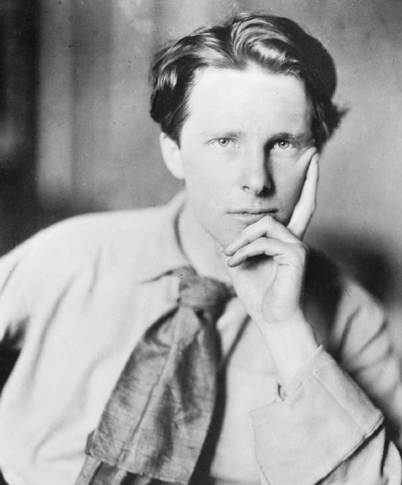 Maybe you have read the poems of British poet Rupert Brooke.

In her essay Winspear quotes these famous lines from his poem, The Soldier.


If I should die, think only this of me:
That there's some corner of a foreign field
That is forever England.
Just wondering,
Is that why today the military "leaves no one behind."