I received the notice: "Your order has been shipped." I am watching the mail. Amazon is sending me two books about a new interest of mine. Giants. 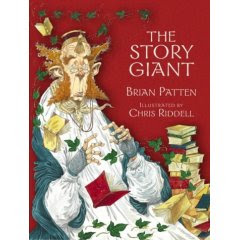 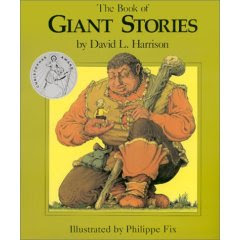 A few months ago my husband and I were flying back from North Carolina. It was a Sunday evening. We were tired. Our seats were in the back of the plane. That is not my favorite spot, so I was feeling a bit irritable.

Jim was on the aisle, I was in the middle and until almost the last minute the window seat was empty. I was hoping against the "this is a full plane" announcements that we would luck out and no one would take that seat.

He was tall, and I mean tall, about six feet five inches. He stooped a little to avoid touching the low plane-ceiling. He must have weighed in at over 300 pounds. I could see it was all muscle because he was wearing shorts and a t-shirt. I could also see that his legs and arms were rather fuzzy. He was a furry giant.

His hair was rusty blond and he was smiling - - a little-boy, winning smile. My misgivings must have been written on my face because he said, "Yeah, I know, I am a bit of an over-grown boy - but it will work out." For you maybe, I thought.

We raised all the arm rests. I moved closer to Jim. We all three squeezed in together. Being in the middle, I was a bit like the filling in a manwich. We were suddenly close friends. We had a pleasant conversation and sort of enjoyed the ride to Baltimore.

This encounter set me thinking.

Giants are not myths - - they are still walking the earth.

I should tell people.
Posted by ELLOUISESTORY