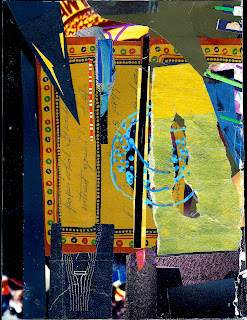 Whew! Elections are over!
I am happy!
Watched CNN where Wolf Blitzer and John King covered the count state-by-state until it was clear Barack Obama had won four more years.
I went to bed and slept well.

I missed sharing the evening with Jim.
We always tabled everything else and watched the Presidential election results together - by no means always agreeing about the best candidate, sometimes having "words" over it. Especially during the Nixon years. I was especially vocal and vehement about Richard Nixon.

Jim and I would have agreed last night as we did in 2008.

The way my story-mind works I also thought of other elections Jim and I shared.

The first election count-down we watched on television together was in 1960. We were living in San Antonio, Texas where Jim was stationed at Brooks Air Force Base - assigned to the staff of the School of Aerospace Medicine.  The 1960 was the first time I was aware of Richard Nixon and thank goodness John F. Kennedy won. Waiting for the results that night was so exciting and it went on and on. Finally we were so tired we decided to take the count-down to bed with us.

We wheeled the small yellow television set on it's moveable stand from the living room to our bedroom. The rabbit-ears aerial perched on top of the set brought the black and white picture into any room in the house. Before there was a definite decision on the winner sleep claimed me. I missed Nixon's concession remarks and JFK's acceptance speech. I woke up as Jim came out of the shower and announced the good news!

Today people say the 1960 JFK win was the start of a new chapter in US History. As people will probably call last night - four more years for Obama - significant in our history. I can imagine historians will one day write books on how the two are related - will they call them book-ends to 50 years of US history?