Multi-Tasking on the Road 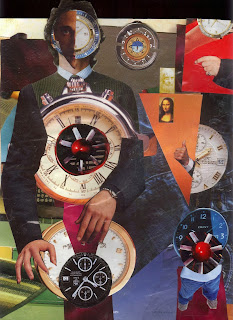 This time last Thursday I was hurriedly putting the last items in my suitcase so that I could get a few hours sleep before the car came to pick me up at 4:30 am to take me to Dulles Airport in the dark. I was a bit nervous -  worrying that I would sleep through the alarms and miss my plane.

Another part of me was nervous about this first storytelling trip I was making without Jim. The feelings were mixed - nervous about the trip and juggling the waves of grief that persist. Ah, me.
And all that was mixed with excitement over going to the Hagood Mill Storytelling Festival in Pickens, SC with a pre-stop in Charlotte, NC, my home town.

Interesting flight down in a small plane which they called a Canadian Regional Jet. I prefer larger planes but good conversation with an interesting seat-mate was so diverting I hardly noticed. The guy was on his way to San Antonio through Charlotte and once I told him about our time in the Air Force there and that Jim was a Flight Surgeon he was more forthcoming about himself as a Saudi Air Force F15 Fighter Pilot studying at one of the Air Force Bases in San Antonio. After he told me that I was bubbling questions about his flying, the plane and the tensions in his part of the world and he did not mind my asking.

This was trip was an exercise in multi-tasking. I stopped first in Charlotte to have a visit with my 95 year old aunt, my daddy's younger sister and the last living one of his sibship of eight. These were the young and vibrant folks, 5 aunts and 2 uncles, who peopled my childhood. And a chance to visit with her daughter, my cousin. That's an important family visit in a short trip. 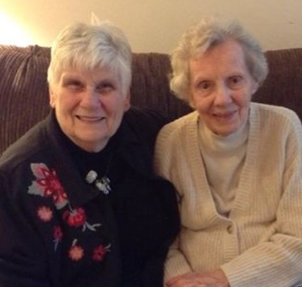 After a wonderful visit with my Aunt Loretto I drove downtown through familiar neighborhoods that are now peopled with ghosts and sweet memories. I was headed to the Carolina Room at the main Public Library on downtown Tryon Street. My goal was to find an important obituary for one of the characters in my new story.

I was in luck. The family history librarians were not busy and they were interested in helping me. They not only found the obit they also pulled up other documents about him and I left after two hours feeling rich with new information. Ideas for the story swirled through my head.

My final stop in Charlotte was to pick up my youngest sister who was going to South Carolina with me.  We started talking from the first hug and kept talking for the next 28 hours of catching up and laughing. It was great from the chicken and dumplings at the Cracker Barrel for supper through to the Festival the next morning.

Hagood Mill is a picturesgue setting with cabins, walking trails, a still, and an outside stage. There were women and men in early 1800s costumes sitting on porches working on traditional crafts. I particularly enjoyed one gregarious guy. a woodcarver, who sang a little and demonstrated how to use the spoons effectively. Since I was there as a teller, a part of the entertainment, I was working and could not visit with these folks as much as I would have liked to. 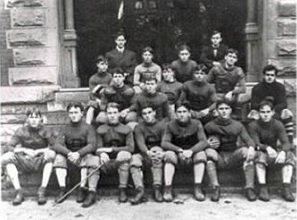 I loved the day. Being there, listening to the other tellers, and telling my stories. I particularly loved telling a shortened version of FINDING GUS my story about my grandfather who was an early football player for Clemson College in 1905-1906.

The festival attracted a crowd of real story-lovers and they were so much fun to tell to.

My sister and I headed out on the two hour drive to Charlotte right after the one-day festival was done. Hard to say good-bye - and look forward to having some time together again soon. Nothing like family!!!

Sunday morning I once again found myself on a Canadian Regional Jet - and unbelieveably it looked just like the one on Friday except it was smaller. This time I found myself sitting with another interesting character - a young and beautiful Eqyptian woman, a fashion model, who was holding a large and cuddly stuffed animal in her lap. When I fired up my mini iPad she giggled outloud - "you are doing Facebook" it was more like a question than a comment. "My mother doesn't do Facebook."
Lordy, lordy.

The same familiar driver picked me up - "how was your trip."
"Great" and I truly meant it!!!

You're doing so much, Ellouise, and managing it so well. The trip sounds perfect. Love that comment from the young woman on the plane!

I am a self-published author and illustrator of fun children's books. I recently released an animated version of my latest book. Mary the Hairy Fairy is the first of a number of Animated Storybook features I will be creating. I hope you enjoy it.