Sometimes You Need A Back Door

Today I went out for a while for a round of close-by errands:  to take library books back and check out something new to read, to pick up cleaning so I will have freshly starched shirts for taping the tv show Monday, to dally at an outside table on the Starbuck's patio with a new Charles Todd mystery while I enjoyed a large iced tea with lemonade and then to stop at the Chevy Chase Super Market before I headed home. It was sunny and hot like I like it as I sat sipping my drink and thinking that it could be dangerous to come outside my house. And then countering to myself - you have to be brave.

The first person I stopped to talk with was a dear near-neighbor, a woman I am very fond of, who whispered, "I am sick". I thought she meant that she had a cold or the flu or something usual like that but no - "I have something serious" - and she told me what. It is a threat to her and a sadness chilled me. "I will tell you about it later." "By Monday," I said. You see what I mean, coming out of your house can be dangerous. Maybe you already know that?

I sat alone at a table and read a few pages in my new book. It gripped me but it could not hold my attention. 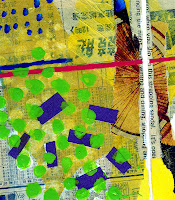 A little later a woman I used to work with stopped by my table. We had not seen each other in quite a long time so there was much to catch up on, even for casual acquaintances like we are. Up shot, her husband died the month after Jim. Sure enough we drifted into being two widows talking - which I have to tell you I often hate and need a back door to run through to escape. But, there was no backdoor, so I listened as she told me her story.  I sensed she told me the story because lonliness grabs her. I would like to help but as much as I understand, I am not a good person to look to when you want to fill a void that is pretty much like mine. Empty can hardly fill empty.

However when she began telling me about her recent efforts to choose a new home in a senior community I listened intently. It was like I was listening and watching a snake charmer lure a snake out of the basket and I was mesmerized by the scary snake. She has a plan. She has researched the area. She knows she will move but has not selected where yet. She is a frail octogenarian whose clear and intent eyes let you know she has a strong will. I was impressed and admired her courage when she told me, "I am making a new life." Oh, yeah, I understand that all too well.

Coming out of your house is dangerous when people you see can mirror your questions back to you especially when you might not be ready to tackle them. 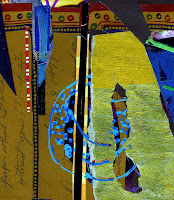 But what do you do when the outside thrusts its way inside.  For instance, recently I received a letter from a person not close to me, who decided that now 16 months after Jim died, it was time to write "the glowing letter" about "what Jim had done for him" that he regretted he had not written sooner and to rid himself of this regret and complete his absolution he chose to send the letter to me. Oh, BTW, I should mention, that no where in the letter is there a "sorry for your loss."  In this amends its all about him. I hope he felt better after he licked and sticked the envelope flap but he sure did stir things up for me.

There is no back door to escape something thrust upon you. So I am a bit angry, a mite upset and wondering if there is a next move required from me. I have reached back to Jim, remembering advices from him in the past. There are many. After thinking them through  - -  I have decided he would probably tell me - "let it go.  its not your problem. don't encourage anymore correspondence with him.  this is who he is."