Since I have been attending the Memoir Class at the Chevy Chase Library I have been harvesting strange bits of forgotten memories as they pop up from no-where. I was surprised to have a job I have not thought of in years surface. I guess it was prompted by the news. 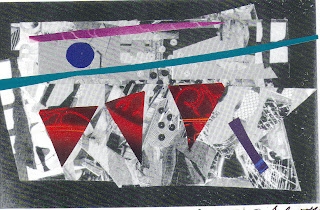 For instance last week during the CNN reports on the scary Libya and region terrorist attacks and tragic killings I suddenly remembered the first time I ever noticed Wolf Blitzer on TV.  Today his face is so familiar in most households its hard to remember that he was once an unknown.

That morning the much younger looking Wolf was in Kuwait reporting on the start of the Gulf War while I was sort of stranded in one of the first floor corridors of the State Department in Washington, DC.  It was 1991, 6:30 am in the morning on January 17, I think. I am a bit shaky on the date but I know the time for sure.

I had an interim job working as an event manager for a DC consulting firm.  The firm had a contract to plan and manage a series of  international meetings of G-8 representatives who were developing strategies on how to combat the drug smuggling in countries where that stuff was going on. This was the opening morning. Our delegates were arriving to start the four day meeting at 8 am.  Jim dropped me off at 6 am on his way to his office. I came early to meet the caterers who were to set up my delicious Continental Breakfast and have hot coffee waiting for the delegates as they came in from the bitterly cold January morning.

As I walked across the the lobby I was aware that the television mounted on the corridor wall was on and I heard the now familiar voice of Wolf Blitzer. There was urgency and excitement in his voice as he described the start of Desert Storm - a war - in very vivid combat terms of missiles, explosions and attacking planes. I stopped in my tracks and stared at the screen trying to take this in - the United States - was at war. 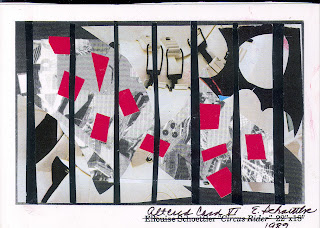 Then I noticed across the lobby that the metal gates I had entered through half an hour before had clanged shut - locked  - and a crowd was gathering on the other side as the now-armed guards set the up metal detectors and watched over the badge checkers who had revved into action.

I was the only one of our group inside. When I saw my supervisor I waved and stepped over to the barrier which had been pulled out to block anyone entering. I explained what was going on. Everyone entering the building was floored. When they left home Wolf Blitzer had not been on the screen and for all intents and purposes the United States had not been at war - are far as we knew.

It was quite a morning. Quite a day. Tense and strained. And would continue that way for all the days we met at the State Department.

That was the first of five four-day meetings we planned and managed for the Department of Justice. You know what, each one has some story to tell. I have not thought of that in years - now I think I will.