T I A is not an Airline 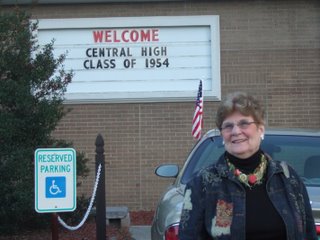 This week my high school graduating class held a small reunion party in Charlotte, North Carolina. It was terrific. An evening of laughs and playing "do you remember when - - ". I am so grateful for these gatherings because being with people who knew me "when" helps me remember little bits of myself that have escaped.

The next day Jim and I went to Concord for a visit with my mother. She is recovering so well from her broken hip. She is up and walking very spritely. She pushes her wheeler walker at quite a clip. We took her out to lunch. Over lunch at Applebees I was telling her about the reunion gathering and we were laughing at things we both remembered about my classmates.

Mama turned to look out the window next to our table. When she turned back there was a rather blank look in her eyes. When she opened her mouth and spoke her words did not "compute". At first I did not realize what was happening. Then I heard it. Nothing she said made sense. One word did not connect with another. She realized something was wrong before I did. She was totally calm.

I looked toward Jim. "Something is happening here." We switched places so he could take her pulse and check things out - as well as he could in a restaurant and without any medical equipment. (Have I even mentioned that he is a doctor?) I wanted to DO something. Jim said, "wait." In about 20 minutes whatever was happening in my mother's brain righted itself and she began to speak coherently again. She told us it had happened earlier in the day also. "Things happen like this to my words and my memories."

" Now what were yout telling me about your party?"

It took me a moment to remember.
Posted by ELLOUISESTORY 3 comments: 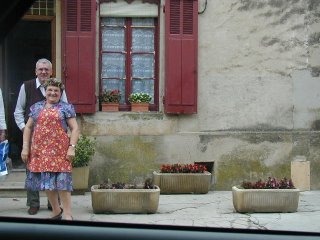 to count on.
Posted by ELLOUISESTORY 3 comments: 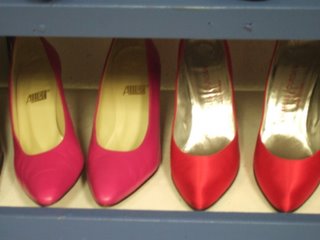 for the next dance
Posted by ELLOUISESTORY 3 comments:

Whiling Away the Time 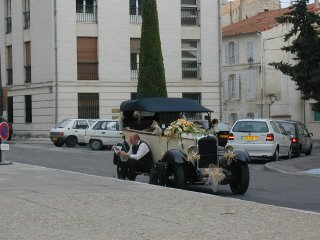 In a small town in Provence
outside the church
this man patiently waits
for the bride and groom
to finish their vows
so he can make their get-a-way.
Posted by ELLOUISESTORY 3 comments:

Stories and the Star Spangled Banner 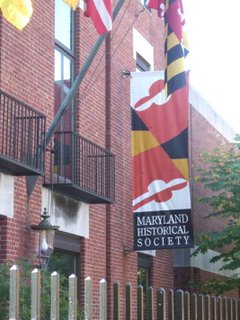 The Maryland Historical Society in Baltimore is a cool place. I was there today to tell stories for their "Fall into History" series. I loved being there. All the exhibits are set up proclaiming they are "stories". 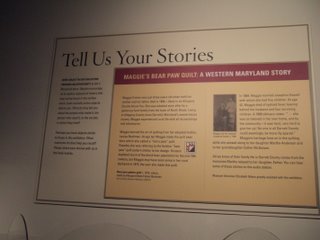 That is logical - history is the story of what happened - when, where, and with who. But somehow the word history also gives off vibes of offical, pompous, and boring. Where the word "story" draws us in.
Is it because history is taught in school where it is serious and stories are known to be fun.

There was a young woman history-actress who was having a lot of fun with the story of history. 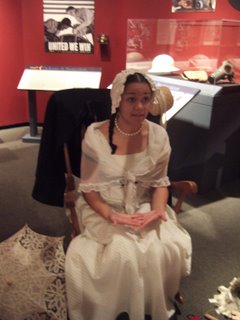 A fifteen year old aspiring actress, she has researched the history of the woman who sewed the giant Star Spangled Banner flag which flew over Fort McHenry in 1814. Dressed as the 14 year old daughter, she tells how General Armitage came to her mother and ordered the flag. The woman made it " 30 feet hoist and 42 feet fly". Now does that paint a picture for you? The young woman was seated in a rocking chair before a large and rather dull painting of Fort McHenry with the "shells bursting in air" and the flag flying proudly through it all. Her well done five minute presentation was an enchanting encounter with history. I hope she continues finding people who interest her so that she can share them.

My stories featured names. Your name is your story, right? Do you know your story? 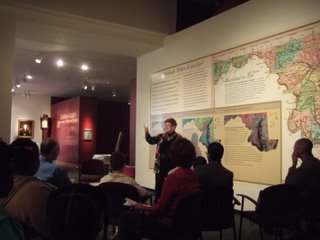 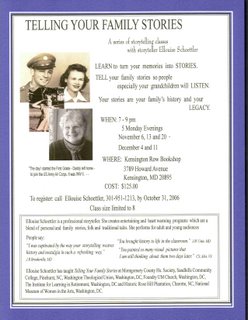 A series of storytelling classes with Ellouise Schoettler

Learn to turn your memories into stories.
Tell your family stories so people will listen.
Your stories are your family's history and your Legacy. 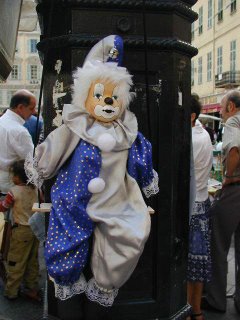 October has not started off on high notes.

The newspapers and television news programs report one dire event after another.
School shootings, terrorist incidents and lately scandals on Capitol Hill.

No wonder young people are anxious these days.
They are not safe. And they know it.
Who are they to trust.

People walk into schools carrying guns and shoot school principals, their classmates, or most recently, truss up young girls and execute them - - as happened recently in peaceful Lancaster, Pa.

How ironic that our violent life life invaded a one room school in the Amish county where people attempt to live beside but not in the modern world.

And at the heart of Congress on Capitol Hill 16 year old pages are not safe and protected from elected sexual predators.
And more - that the leaders charged with their safety look the other way rather than risk partisan power.

I was talking with a colleague about this today and she said, "Why aren't people up in arms about this?"

Why aren't I?
It reminds me of the October when the 'sniper" was roaming our area and I felt numbed with the uncertainty and fear. 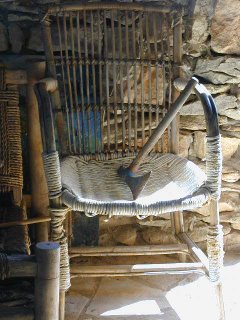 Mulling this over. Looking for the story, for the associations.

Or is this just how things feel in the world at the moment?

There is a children's story - The Turtle of Koka - about a turtle who tricks the hunter who catches him by singing a song - saying the hatchet cannot hurt him because of his hard, hard shell. The turtle keeps up his bravado until he tricks the hunter into throwing him in the river - where he swims away. Waving Bye Bye.

Is that what we have to do today - pretend we cannot be hurt until we figure out how we can can save ourselves.

Does it work?
Posted by ELLOUISESTORY 3 comments: