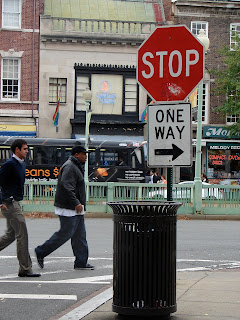 Good storytelling session with one of my Senior groups this afternoon. Really enjoy telling them a story that's new to them and to me and then hearing their reactions. Lately I have been reading stories about giants. Found one from Africa that was unusual and that I liked so decided to share it today. It went well and their responses will help me as I continue to tell the story. These seniors like to be asked and always have something to say. A win/win.

Late yesterday I realized it was the anniversary of the John F. Kennedy assignation - has it really been long enough that it slips your mind? Like most, the memory of that day is etched in my brain.
What started off as an ordinary day for me - a mother of 4 children under six years old - a busy day filled with the stuff of keeping house and taking care of young children - ended with a world changing tragedy. Life stopped and the television took over. It was the first time that the TV had shown itself for what we take for granted today - the minute by minute chronicler that can bring the broader world into our living rooms.

Jim and I were living in a small two story house in Chapel Hill, NC where he was in the first year of his Psychiatry residency at NC Memorial Hospital. I was in the upstairs bedroom, watching As The World Turns, my week-day soap-opera - when Walter Cronkite broke through. Sitting at an anchor desk in his shirt sleeves - he announced that the President had been shot - and confirmed a few minutes later that the President had been killed. My children were playing on the floor at my feet. I was folding laundry. Nothing in that room changed and yet the world had shifted.

Birds Gathering
I can see our bird feeder from where I am sitting. Jim filled it with fresh bird seed. Birds were gathering , filling the near-by bushes and then a large Blue Jay flew in - perched on the deck railing, strutted back and forth, intimidating the smaller birds, establishing his territory - until they left. He ate. He left. They came back.
Posted by ELLOUISESTORY